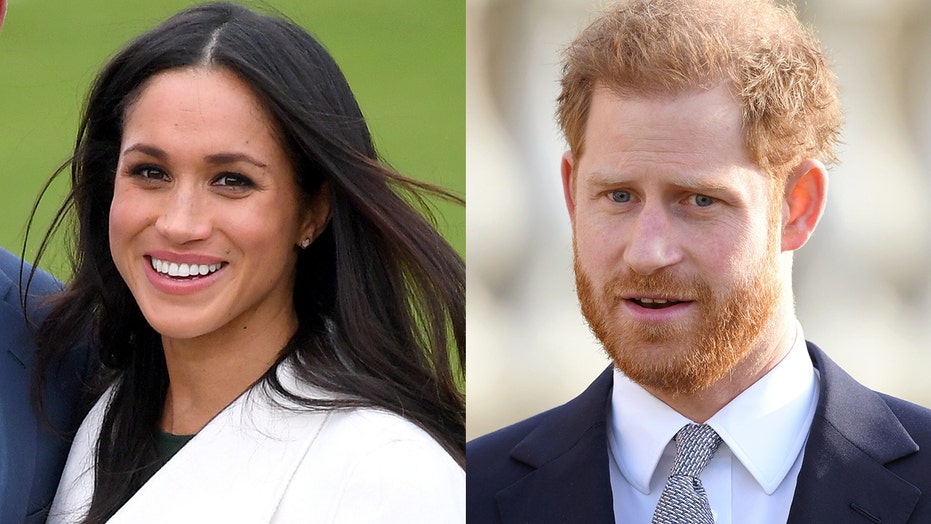 Meghan Markle has forbidden Prince Harry from traveling amid the coronavirus pandemic, including a trip overseas to see his father Prince Charles, who tested positive for COVID-19.

Harry's 71-year-old father, who is first in line to the British throne, tested positive for coronavirus after displaying mild symptoms, his office announced Wednesday.

Charles and his wife, Camilla, the Duchess of Cornwall, have since traveled to the Balmoral estate in Scotland for self-isolation. Sources now have told the Daily Mail that Markle has laid down the law: "Under no circumstances is she okay with him traveling anywhere right now."

The source confirmed Harry has been in touch with the Prince of Wales since his test results came back positive. Both the Duke and Duchess of Sussex are "frustrated" they cannot do more to help, the insiders said.

Markle's travel ban on Harry comes after U.K. media correspondent Neil Sean told Fox News that Harry, who is currently in Canada with Markle and their son Archie, “wanted to return straight away” but was told by the patriarch “not to travel,” assuring the 35-year-old “he will be fine.”

One positive takeaway to Charles' diagnosis is that it has brought Harry and his older brother, Prince William, closer together after a months-long rift between the siblings.

Britain's Queen Elizabeth II is joined by Prince Charles, the Prince of Wales, and at rear, from left, Kate, Duchess of Cambridge, Camilla, Duchess of Cornwall, Prince William, Prince Harry and Meghan, Duchess of Sussex during a reception at Buckingham Palace, London to mark the 50th anniversary of the investiture of the Prince of Wales.  (Dominic Lipinski/Pool via AP)

“Harry and [his older brother] William are now on speaking terms again and this has healed the rift that was ongoing,” a palace insider told Sean. “Both brothers have linked with up to Charles via video and joked and made him feel happy that they were together again.”

QUEEN ELIZABETH ISSUES STATEMENT ON CORONAVIRUS OUTBREAK: 'MY FAMILY AND I STAND READY TO PLAY OUR PART’

Charles' diagnosis came on the heels of an announcement from the British royal family last week declaring events would be either canceled or postponed as Queen Elizabeth and Prince Philip embarked to Windsor Castle one week early to distance themselves.

Charles and Camilla had already canceled their upcoming eight-day royal tour, which was set to begin on March 17 and conclude on March 25, with stops in Bosnia and Herzegovina, the Republic of Cyprus and Jordan.