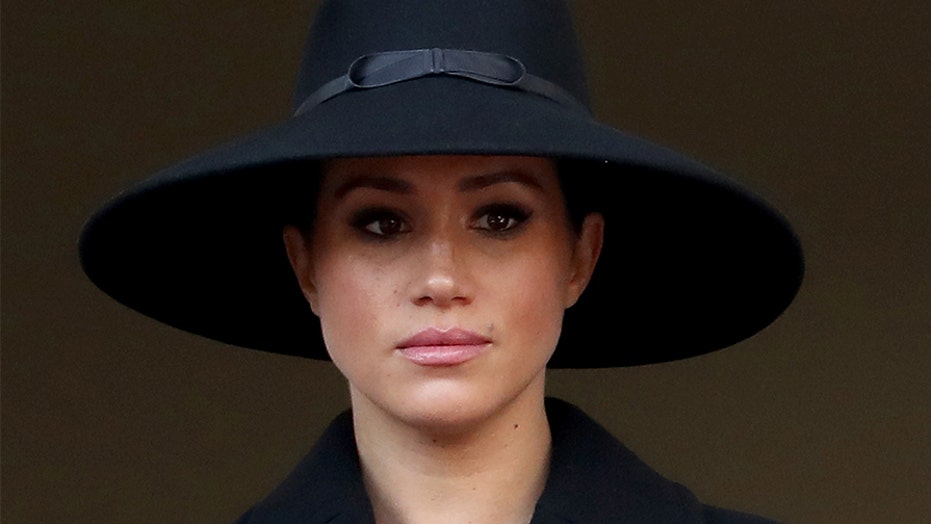 A videographer who claims to have worked with Meghan Markle during her "Suits" days revealed she earned the nickname "princess" long before she married into royalty.

Markle, 38, dipped her toes back into acting with the release of her voiced narration of Disney's "Elephant" this year. But an unnamed cameraman who worked with the Duchess of Sussex when she formerly starred on "Suits" remembers her acting "like a diva."

In an interview with the Daily Mail, the videographer said he was warned about Markle's high-maintenance behavior before he first worked with her.

"People told me, 'get ready because she is a lot,'" the cameraman who remained anonymous told the outlet. "They used to call her 'the princess.' When I saw her, right away from the moment she arrived, I didn't even know who she was and she was acting like a diva."

The videographer furthered that he was stunned that Markle had walked onto set wearing a hat and attempting to hide her face.

"Everyone thought, 'she is acting like an A-lister when she is not even a D-lister.' But it was kind of like a caricature of someone playing the superstar, you know, because a real superstar, generally unless it's a super bad day, they will play it naturally and be generous with their presence," he said.

According to him, Markle dazzled in front of the camera, but once the gig was up she was "not the most friendly person."

Markle's alleged "demands" during a photoshoot with the videographer involved her requesting a "specific type of flower" and a "certain brand of champagne."

The Duchess of Sussex reportedly also left the videographer's team member "traumatized" because of her rude behavior, which also involved a request from her to not photograph her feet.

Although the videographer claimed to have a bad experience with Harry's wife, he claimed he later heard from another colleague that she was pleasant to work with.

Meanwhile, former photographer Tommy Mendes told the outlet that he remembers Meghan as "intense" due to the "unusual" size of her entourage prior to her status as a royal.

"She was driven but I thought she was very nice. She absolutely had charisma for the cameras, and she knew what she was doing," Mendes shared.

Meghan and Harry have recently come under fire for making moves amid the coronavirus pandemic. The couple has settled down in Los Angeles, Calif., after briefly living in Vancouver, Canada, amid their departure as senior members of the royal family.

Last month, the couple was spotted doing their part amid the coronavirus outbreak. Joining an organization named Project Angel Food, the couple helped deliver free meals to those in need in their new hometown.