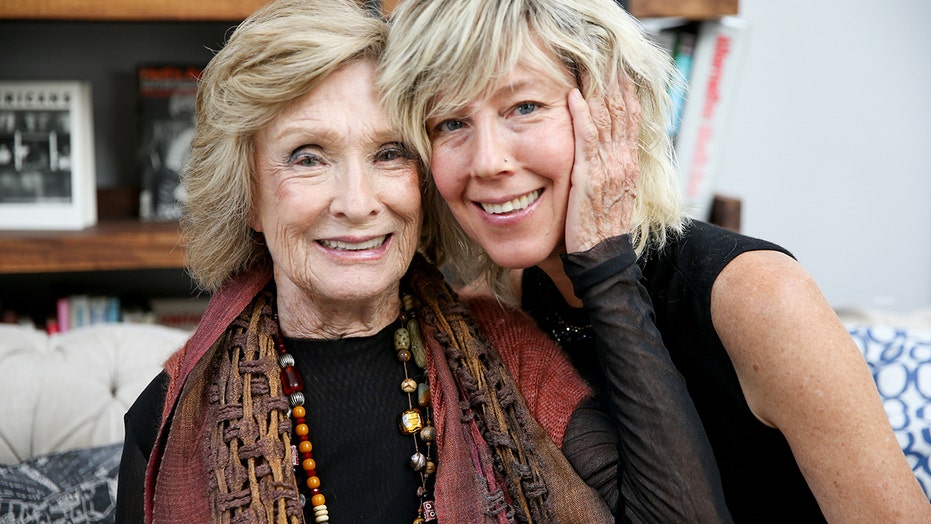 For Dinah Englund, growing up Cloris Leachman's daughter was "one continuous adventure."

"She was mischievous and always wanted to see how far she could go and what she could get away with," the fellow actress recently told Closer Weekly.

"She was especially funny in the way she saw the world," the 55-year-old continued. "[She] could slide into character, be it [a] dog or a random person, and [she’d] blow your mind. My life with her was one continuous adventure."

The Oscar winner, who starred in 1971’s "The Last Picture Show," 1974’s "Young Frankenstein" and "The Mary Tyler Moore Show," died in January 2021 at age 94 of natural causes in her sleep at home with Englund by her side.

CLORIS LEACHMAN: A LOOK BACK AT HER BIGGEST ROLES, FROM 'YOUNG FRANKENSTEIN' TO 'THE MARY TYLER MOORE SHOW'

Before finding fame in Hollywood, Leachman started out as Miss Chicago in the Miss America pageant. But over the years, she willingly accepted less than glamorous screen roles.

Despite her photogenic looks, she continued to be cast in character parts. Her most indelible role was as Phyllis Lindstrom on "The Mary Tyler Moore Show." The role was so compelling to audiences that Leachman starred in a spinoff series of her own, "Phyllis," which ran on CBS from 1975 to 1977.

Despite facing personal setbacks, Leachman was determined to make her mark as a performer. According to the outlet, her father was abusive, and she "had a fiery 26-year marriage" to producer/director George Englund. One of their five children, Bryan Englund, died at age 30.

Leachman’s daughter told the outlet that Leachman's love of family always remained the center of her life.

"She was brave," Englund reflected. "No one could ever catch her and bring her down."

"My mom was the mom everybody wished they had," she continued. "She had grace, acceptance [and] humor. She had a way of enveloping anyone with a kind of love that when she held you, you felt as if you were in the safest place in the world."

Leachman kept working until the end. Her last credited role was Donna in 2021’s "Not to Forget" alongside Karen Grassle, Tatum O’Neal, George Chakiris and Louis Gossett Jr., among others.

"She was a honey," the actor told ETOnline of his beloved pal. "The kind woman she was. But we got awful chummy, and we dug each other a lot. When we first started the show, she got me to not worry about reading the teleprompter, rewind the script … We did it with improv, and it worked well."

"She used what was there," said Asner about Leachman’s unmistakable talent. "She didn’t cry about it. She had pride in herself, and she did not like being bound down to any rules and regulations. She was a free cat. She was just marvelous, a marvelous actress. And she would come up with some wonderful ideas."

"I’ll carry my memories to my grave," Asner added. "I loved her. She was a sweet mama."