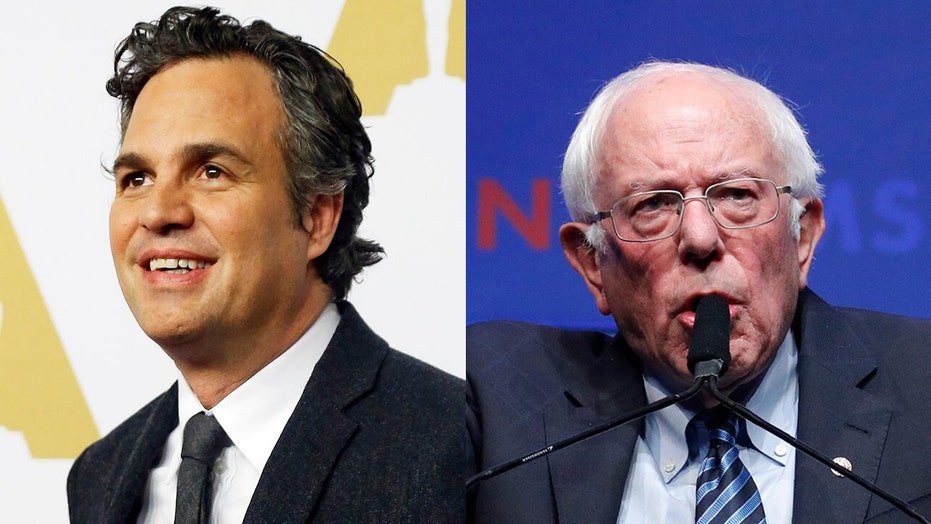 Three days after Ruffalo ripped capitalism and called for an ”economic revolution,” the “Avengers” star appeared in a promotional video in support of Democratic presidential candidate Sen. Bernie Sanders, I-Vt.

“The one person that just keeps coming up to me and popping out to me is Bernie Sanders,” Ruffalo prefaced the video.

“The key issues that most of the leaders in the field are either espousing or working around the edges are health care, not taking money from big corporations and PACs, fighting climate change, some sort of debt relief for college students [and] free education.” Ruffalo continued.

“People considered those things to be pie in the sky in 2016, right? Now they are the norm because Bernie stood and walked into those issues that he knew were the right issues for the American working class. So I proudly and humbly throw my support to Bernie Sanders.”

Ruffalo went on to shower Sanders with praise for being an “original progressive.”

“He will make an excellent and historic president in the very moment we are ready for it and need it most. He is the original progressive. In my humble opinion, he has earned it,” said Ruffalo.

Ruffalo then spoke on growing up in a factory town and how his experiences resonate with his support for Sanders.

“I grew up in a factory town – what was probably one of the biggest industrial hubs in the United States at the turn of the century – which is Kenosha, Wisconsin,” Ruffalo stated.

“I grew up in those working-class neighborhoods where my neighbors worked at American Motors or Anchor Hocking or Anaconda Brass. I saw those companies closed down and I saw my community devastated. The thing about the working-class people that I grew up with was they had a real kind of moral center to them.”

“I think that’s partially why Bernie resonates with me because he feels like those people. I believe in him and he is the people that I grew up with. He is those working-class people and I know that he’s got their backs because that’s who he is.”

Ruffalo's recent hit at capitalism came off as hypocritical considering just a few years earlier, in 2017, he reportedly raked in an estimated $13 million, making Forbes' highest-paid actors list that year.

Among Sunny Pop's antiques and trinkets, Ruffalo’s wife encourages customers to check out her “pure picks,” which include a crystal necklace with a price tag of $2,794. Sunny's Pop also sells a $1,500 concrete side table and an “alpaca waffle-woven” blanket on sale for nearly $400, according to the shop's website.

Shortly before Ruffalo was recognized as a top paid actor in 2017, the actor and his wife were spotted checking out a mansion in New York City with a $10 million price tag. Months later, the couple sold their Brooklyn townhouse for more than $3 million, according to property records at the time.