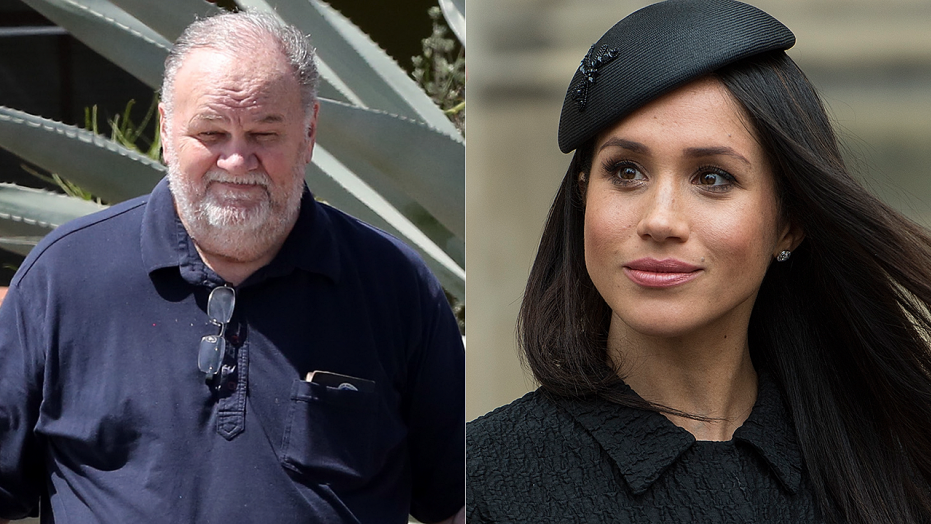 Marie Osmond has slammed Meghan Markle's father after court documents showed Thomas Markle could serve as a defense witness in her lawsuit against the Mail on Sunday newspaper.

After court documents recently filed in High Court showed the newspaper plans to rely on evidence from Meghan's estranged father, co-hosts of "The Talk" weighed in on the drama.

"I think this is a really good example of why she may have alienated him," Osmond explained, referencing the years-long feud between the father and daughter.

Prince Harry and Meghan Markle caused a frenzy at Buckingham Palace last week with their announcement that they plan to step down as senior members of the royal family. (Getty)

"That's ridiculous! It's just very telling to me who he is," Osmond continued.

Meghan, 38, is suing the publication and its parent company, Associated Newspapers, for copyright infringement, misuse of private information and violating the U.K.'s data protection law after publishing a letter she wrote to her father, 75.

Prince Harry and Meghan Markle plan to split their time living in the U.K. and North America, they explained in a statement. (Andrew Milligan/Pool Photo via AP)

Meghan was seen in Canada for the first time since the crisis began when she visited the Downtown Eastside Women's Centre in Vancouver to discuss issues affecting women in one of the city's poorest neighborhoods. The shelter posted a photo on Facebook of the duchess' visit.

Meanwhile, Prince Harry remained in the U.K. this week, making his first appearance since the summit on Thursday at the 2021 Rugby World Cup draw.