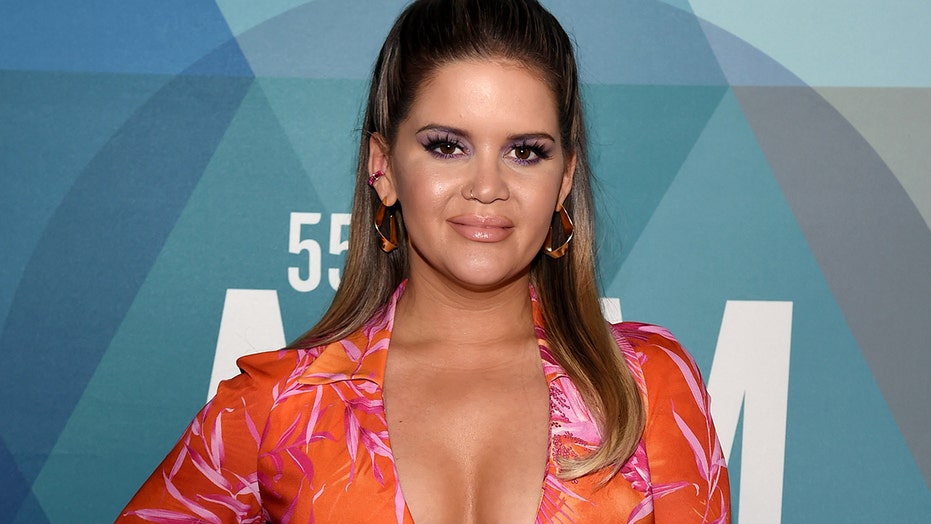 Maren Morris outdid herself Wednesday night at the 2020 Academy of Country Music Awards with a touching performance of her hit "To Hell and Back."

The new mom entered the evening as the most-nominated female artist and graced the stage at Ryman Auditorium in Nashville, Tenn., for the first time to sing her song, which she performed while standing at a mic with a socially-distanced quartet behind her.

"My wings are frayed and what's left of my halo's black," Morris sang on the second single off of her sophomore effort, titled “Girl.”

"Lucky for me, your kind of heaven's been to hell and back," she continued.

“@MarenMorris could get on stage and just scream for 3 minutes and I would still think it’s genius. Instead she gave the perfect performance of #HellAndBack Loudly crying face and I can’t handle it,” wrote one viewer on Twitter.

"Sad I didn't get to see @MarenMorris this summer but DAMN was that performance amazing," said another person.

Morris, 30, brightened up the space in an orange, pink and yellow floral print dress, which she paired with orange high heels.

She later returned to the stage at the Grand Ole Opry to accept her award for female artist of the year, donning a sleeveless black dress with green accents that she finished with bright green pumps.

Maren Morris poses with the Female Artist of the Year award at the 55th Academy of Country Music Awards at the Grand Ole Opry on September 16, 2020 in Nashville, Tenn. (Photo by John Shearer/ACMA2020/Getty Images for ACM)

“This is so weird talking to no one, but I have so many people to thank. This is an award that I never expected to win,” said Morris, who thanked her husband and baby boy, Hayes, before blurting out: “Oh my God, I have to pee!”

She concluded her speech simply with: "Vote!"

Prior to the on-air broadcast of the ACMs, Morris also took home the award for music event of the year for a collaboration with Miranda Lambert, Caylee Hammack, Tenille Townes, Elle King and Ashley McBryde.