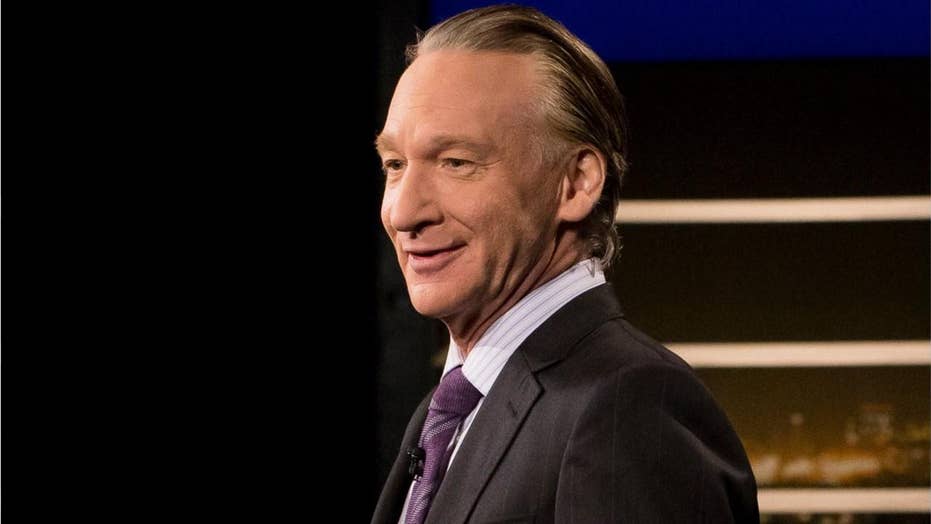 Maher began Friday night's show by mocking the controversy during his monologue. He warned the audience that “Biden is still at large” and that women were being urged to “walk at night in pairs.”

“He came very close, this close, to saying he was about to run [for president], though we still don’t know if that’s true. We do know it’s true that his hands have been part of an exploratory committee for decades,” Maher joked.

"We do know it’s true that his hands have been part of an exploratory committee for decades."

The liberal comedian insisted that critics were being “nitpicky” about Biden's past behavior -- even though numerous women have come forward with complaints against Biden, saying he had made them feel “gross and uneasy.”

“You know what makes me feel gross and uneasy? A second Trump term,” Maher said. He then compared Biden to other men who've been in trouble for allegations of sexual misconduct.

BILL MAHER: CRITICS OF BETO O'ROURKE'S SILENT WIFE IN VIDEO SHOULD 'SHUT THE F--- UP'

“He’s not Harvey Weinstein or R. Kelly. He’s more like the TSA.”

During the show's panel discussion, Maher argued that the entire Biden controversy was about “perspective” and that people have “no sense of perspective.”

“It seems like we hear a lot about these things years later. Like if it’s a real assault or something -- we’re not talking about that. We’re talking about the guy who’s doing the Eskimo kisses and kissing the back of your head,” Maher said. “And I get it that it doesn’t feel comfortable. I wouldn’t like it either. What could women do to move this process forward to, like, reacting in the moment as opposed to five years later? I know it’s sometimes tough if the person is your boss."

Panelist Gideon Rose, editor of Foreign Affairs, fired back, asking “Why is the burden on the women to respond? Why can’t men just say, ‘I’m not going to be the creepy guy anymore?”

“Because not all men are going to do that! It’s ridiculous,” Maher shouted. “You’re saying, ‘Why don’t we live in a world where men always are starting to act perfectly?’ It’s not going to happen.”