MSNBC host Rachel Maddow had an exclusive interview with former Secretary of State Hillary Clinton on Wednesday night but failed to ask her specifically whether or not she thought the Obama administration could have done a better job handling the Russian interference in real time.

The debate has just recently been revived after outgoing Deputy Attorney General Rod Rosenstein blasted the Obama administration last week, saying that they "chose not to publicize the full story on the Russian computer hackers and the social media trolls." Trump has also blamed Obama for not acting quickly enough to stem Russia’s influence during the campaign.

The closest Maddow came to asking Obama's former secretary of state the uneasy question came when she asked if the U.S. government-- "really cared"-- would it be able to prevent interference. Clinton said that on election day in 2018, the government "used cyber tools to shut down a lot of these sites that they feared could be interfering." 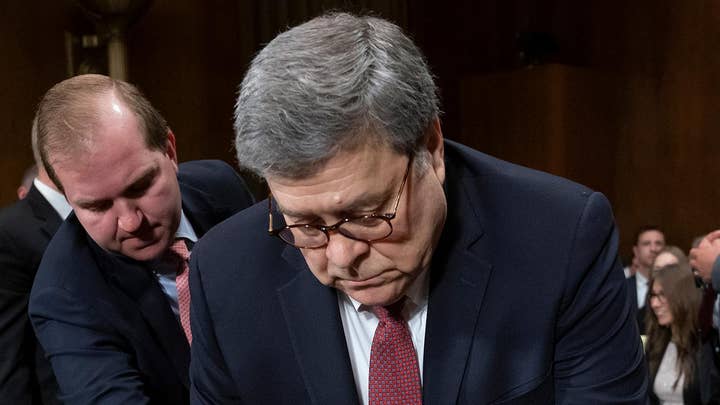 Clinton-- without mentioning the Obama administration-- said the action taken showed the U.S. was able to identify and respond to the threat. She said that was "just the tip of the spear" and "a lot more can be done."

Maddow was more focused on Clinton's opinion of the Mueller report. They also focused on the big news item of the day: Attorney General Bill Barr's hearing in front of the Senate Judiciary Committee.

Clinton suggested that Barr's defense of Trump is "the road to tyranny."