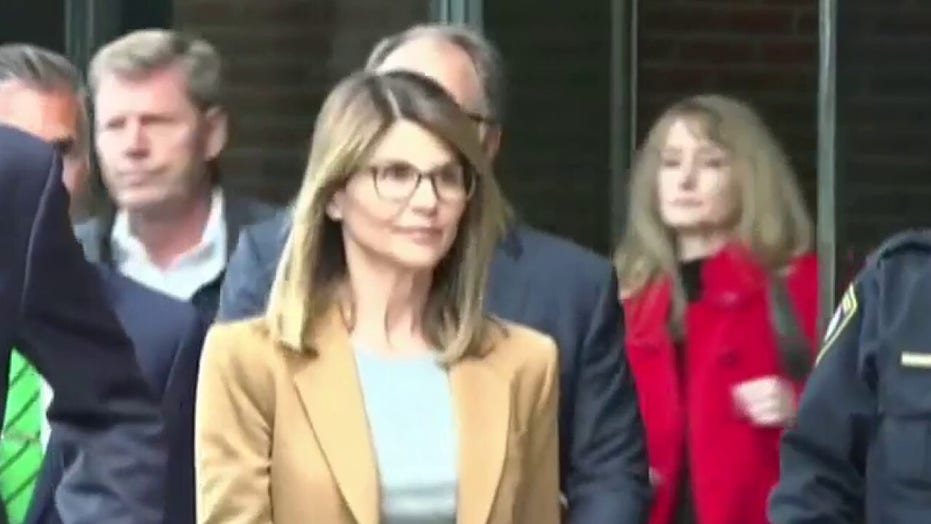 Actress Lori Loughlin and her designer husband Mossimo Giannulli will both serve prison time after paying to get their daughters into USC; Molly Line has an update.

Lori Loughlin and Mossimo Giannulli have officially changed their plea in the college admissions scandal case from not guilty to guilty, following an agreement that will see them serve time in prison.

The famous couple, who have maintained their innocence for more than a year after being among the many parents swept up in the high profile scandal, appeared virtually in a Massachusetts court on Friday after a plea agreement was announced Thursday.

Although the couple officially pleaded guilty, the judge neither rejected nor accepted the terms of their plea agreement, saying he'll issue an official ruling after reviewing pre-sentencing reports. The couple is scheduled for official sentencing on Aug. 21 at 2:30 p.m. for Loughlin and 11:00 a.m. for Giannulli.

The duo has been accused of arranging a total collective payment of $500,000 to Singer to get their daughters, Olivia Jade and Isabella, recruited to the University of Southern California (USC) as athletes on the crew team, despite never having participated in the sport.

As of Friday’s court appearance, they mark the 23rd and 24th parents to plead guilty in the college admissions scandal, which came to light last year and saw parents pay large sums to scam mastermind William “Rick” Singer to get their kids admitted to the school of their choice through various allegedly fraudulent means.

“Under the plea agreements filed today, these defendants will serve prison terms reflecting their respective roles in a conspiracy to corrupt the college admissions process and which are consistent with prior sentences in this case. We will continue to pursue accountability for undermining the integrity of college admissions,” United States Attorney Andrew E. Lelling said in a statement Thursday.

Loughlin and Giannulli had previously pleaded not guilty to expanded charges of bribery brought against them in October along with 11 other parents swept up in the scandal.

The bribery charges carry a maximum sentence of up to five years in prison and a fine of up to $250,000. The couple was also hit with charges of money laundering and conspiracy that carried a potential sentence of 40 years if convicted on all of them.

Among the parents who have already pleaded guilty in the case is former “Desperate Housewives” star Felicity Huffman. She served almost two weeks in prison after she admitted to paying $15,000 to have someone correct her daughter’s entrance exam answers.