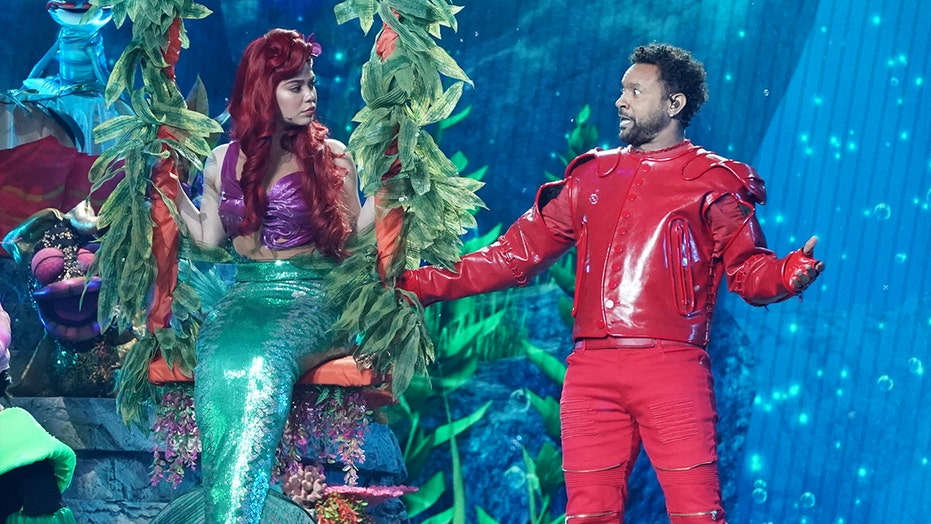 “The Little Mermaid Live!” premiered Tuesday night on ABC to some harsh reviews from viewers that eventually prompted a network executive to respond to the backlash on Twitter.

The special combined footage from the 1989 animated film with live-action musical numbers from the celebrity cast. However, those who tuned into the network’s bold stage show were quick to note that it lacked the expected production value of its Broadway counterpart. Specifically, fans took issue with Shaggy, who portrayed Sebastian the lobster, not having claws.

"Man this actor they picked for Sebastian in the Little Mermaid Live show is awful..... how is wearing a red jacket and red pants suddenly make him a crab? They should have at least given him claws or something," one user wrote.

"So little mermaid play was cool... but uhm shaggy was too cool to at least wear claws or sumn? He the only one without a costume... that was wack on his part," another commented.

Someone else even drew a comparison to Shaggy's outfit to the famous "Thriller" suit.

"Why is Shaggy dressed like Michael Jackson in Thriller #TheLittleMermaidLive," they wrote.

FREEFORM SLAMS CRITICS OF 'THE LITTLE MERMAID' CASTING HALLE BAILEY: 'IT'S A WORK OF FICTION'

"For those wondering, Shaggy wore crab claws in early rehearsals and it looked ridiculous," he wrote.

He later shared an image of exactly what he was talking about.

Mills also seemed to address the negative reception to the musical hybrid by retweeting a stranger's positive review.

"I don’t care what anyone else thinks, my man Edward Sanchez said it’s the best ever and that’s good enough for me!!" he wrote.

While some of the reviews on social media were positive, the majority kept lambasting the production.

One user joked about the low-production value on Flounder, who appeared as a lackluster puppet.

"When you order online vs when it comes in the mail," someone wrote next to a side-by-side image of the puppet and the cartoon.