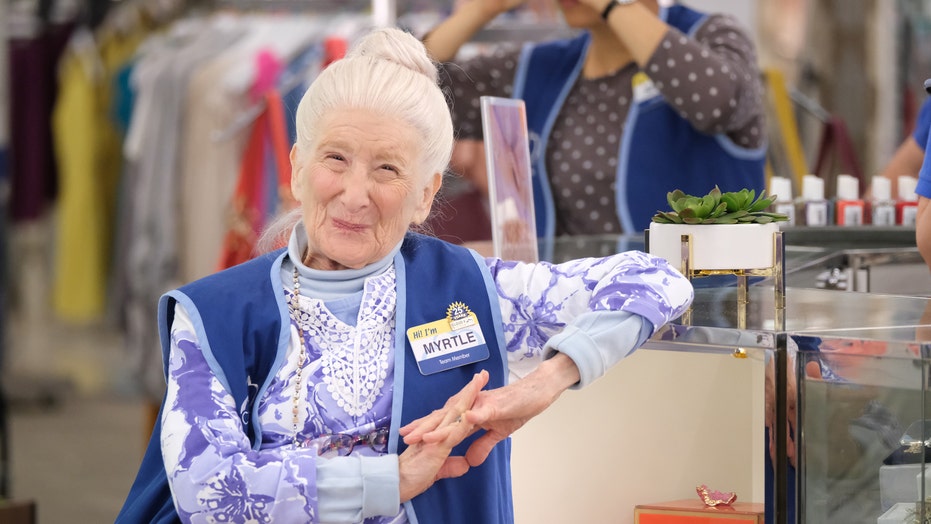 Linda Porter, known for her role as Myrtle in "Superstore," has died at the age of 86 after battling cancer.

Her reps confirmed the news to Variety on Friday.

“Linda wasn’t just hilarious; she was incredibly sweet, energetic and enthusiastic -- working with her brightened everyone’s day,” "Superstore" executive producers Gabe Miller and Jonathan Green reflected in a statement. “We’re lucky to have been a small part of her long career. The 'Superstore' family won’t be the same without her.”

She appeared in 35 episodes of NBC comedy series.

“Here’s hoping the angels don’t call cut right away because your best stuff always came at the end. We’ll miss you Linda Porter," he wrote.

Gura wrote, “We lost a good one. R.I.P. Linda Porter, who was always smiling and always brightened up the Superstore set. This is a hard one. You will be missed.”

Ash said, “The Superstore team lost one of its best members. RIP Linda Porter. Always funny, always vibrant and ALWAYS enthusiastic. I don’t know that anyone loved our show more than Linda. Both you and Myrtle will be deeply missed. xoxo.”