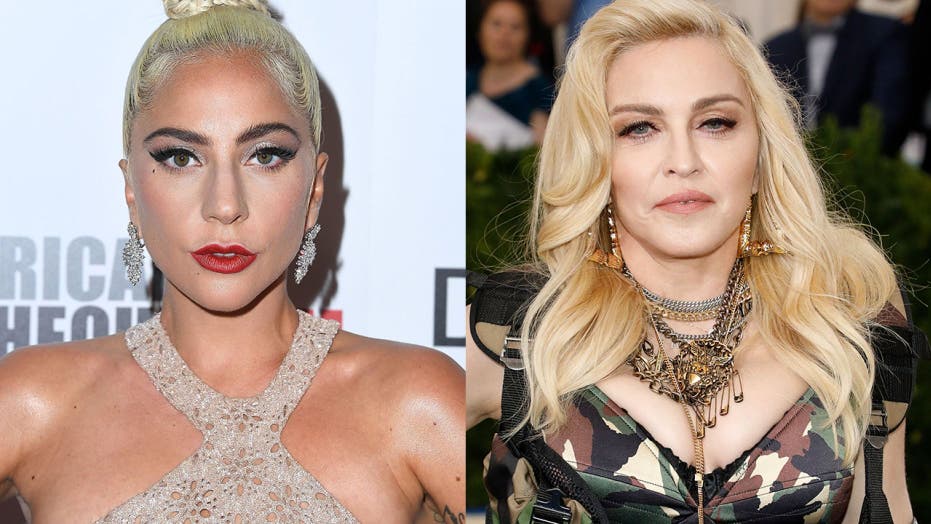 Lady Gaga opened up to Oprah Winfrey about the repeated sexual abuse she endured as a teen, prompting the media mogul to break down in tears in an emotional video.

The "Shallow" singer, 33, was the first guest to sit down with Winfrey, 65, for her new nine-stop tour titled "Oprah Winfrey's 2020 Vision: Your Life in Focus." The tour consists of the O magazine founder having deep conversations with various speakers about how to transform and succeed in 2020.

In a new video Winfrey posted to her Instagram account, the host praises Gaga for opening up about her darkest memories in an arena filled with thousands of people.

"Can I tell you, you were so amazing," Winfrey, dressed in all white, tells Gaga before breaking down into tears.

According to Yahoo!, Gaga discussed being repeatedly raped at the age of 19, which left the singer unable to get out of bed as she struggled in the aftermath without any professional help. In the years that followed, Gaga would push herself and her body through "insurmountable pain" as she skyrocketed to fame during her 20s, the outlet reported.

"It was so frustrating," Gaga said per Yahoo!. "I was improperly medicated, and I wasn't in therapy."

"I was afraid I was going to die," the pop singer added, according to the outlet. "And I'd rather face that, those five years, because they made me who I am."

The pop star also opened up about having to participate in a court deposition, which brought her trauma to the surface once again. This led to a "psychotic break," which resulted in her being hospitalized.

"This part of the brain where you stay centered and you don’t disassociate, right? It slammed down. My whole body started tingling and I started screaming. I was in a hospital,” she explained (via Yahoo!). “The brain goes, ‘That’s enough, I don’t want to think about this anymore. I don’t want to feel this anymore.’ Boom. You break from reality as you know it. You have no concept of what’s going on around you.”

Oprah's nine-stop tour kicked off with a conversation with Lady Gaga in Fort Lauderdale and ends with a sit-down interview with Gayle King on March 7 in Denver. (Vera Anderson/WireImage)

In Winfrey's Instagram video, the media icon said she was stunned by Gaga's bravery to share this today.

"Nobody does that and you just did it in front of all those people," Winfrey told Gaga as they embraced in a hug."That was just so real."

Winfrey's friend Gayle King was also backstage, where she chimed in with words of praise for both of the stars.

Gaga piggybacked off of King by calling Winfrey an "angel" for getting her to open up.

"We took a big bite of bravery together," Gaga told Winfrey.