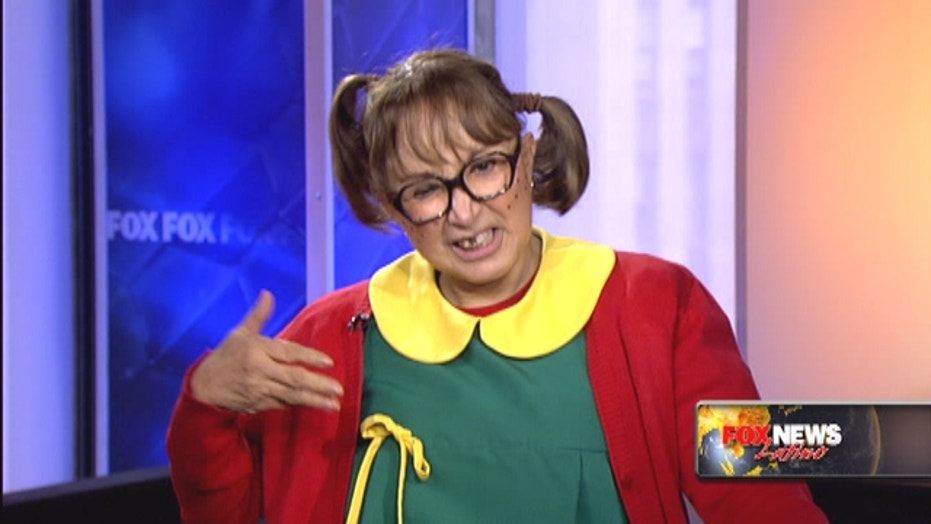 La Chilindrina wants to kids to have fun and to join her at this year’s Manhattan Children’s Parade in Harlem.

La Chilindrina wants to kids to have fun and to join her at this year’s Manhattan Children’s Parade in New York City, a tradition in Harlem’s Hispanic Christian community for more than 50 years. She will accompany Christian evangelist leader Luis Palau.

The character from the eternally popular Spanish-language show, “El Chavo del 8,” played by María Antonieta de las Nieves, stopped by Fox News Latino on Thursday to give us more information about this Saturday’s parade, during which she is expected to sing.

“Saturday I will be in the most greatest feast of New York, en el parade del señor Palau,” Chilindrina told FNL in a mixture of Spanish and English. “I’m so happy because I want you to be with us – speaking in English or in Spanish or in Germanish or whatever language you want.”

De las Nieves, whose character has remained an 8-year-old girl since she first appeared on "El Chavo" in 1971, continued: “But you have to enjoy this wonderful parade, because I am a beautiful singer, I am (a comedian), I am a very liked girl and I love you very much.”

“Please come see us at the festival. It’s going to be sensational,” the Mexican actress said in Spanish.