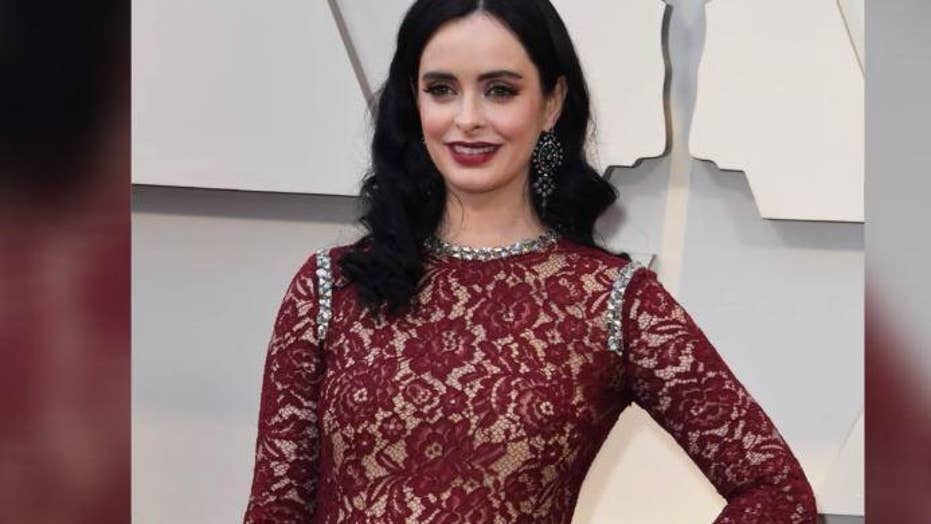 'Jessica Jones' star Krysten Ritter debuts her baby bump on the Oscars red carpet. Ritter arrived at the Academy Awards with Adam Granduciel, who she has been with since 2015.

Krysten Ritter brought an extra plus-one on the red carpet at the Oscars on Sunday.

The "Jessica Jones" star debuted her baby bump as she arrived at the Academy Awards with Adam Granduciel.

Ritter, 37, wore a burgundy and nude lace gown with her dark hair in soft waves and a dark red lip.

KRYSTEN RITTER DOESN'T CONSIDER HERSELF TO BE A FEMINIST ICON

She had a matching burgundy clutch.

Krysten Ritter, right, and Adam Granduciel arrive at the Oscars on Sunday, Feb. 24, 2019, at the Dolby Theatre in Los Angeles. (Photo by Jordan Strauss/Invision/AP) (AP)

Ritter is a presenter at Sunday's ceremony.

Ritter's rep did not immediately return a request for comment on the happy news.