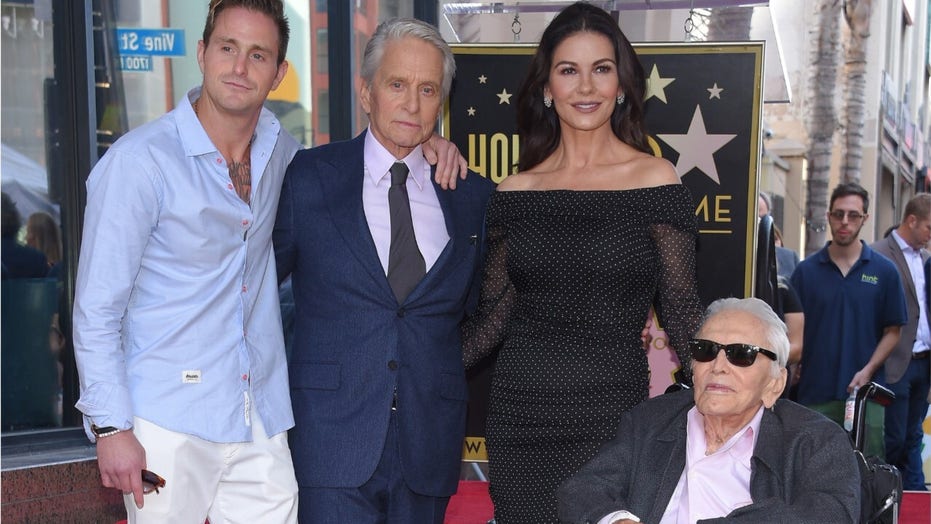 Catherine Zeta-Jones, daughter-in-law to Kirk Douglas, is mourning the 103-year-old’s death. Find out what she had to say about his passing.

Catherine Zeta-Jones is in mourning.

The "Chicago" star, 50, lost her father-in-law, Hollywood legend Kirk Douglas, on Wednesday when he died at the age of 103.

"To my darling Kirk, I shall love you for the rest of my life," wrote the actress in the caption. "I miss you already. Sleep tight..."

In the black-and-white photo, Zeta-Jones plants a kiss on Douglas' cheek.

KIRK DOUGLAS: A LOOK BACK AT HIS RICH FAMILY LIFE

The actress has been married to Michael Douglas, his son, since 2000.

In December, Zeta-Jones shared a birthday message to Douglas on Instagram as well.

Michael, 75, also an actor, shared the news of his father's passing on Instagram on Wednesday. 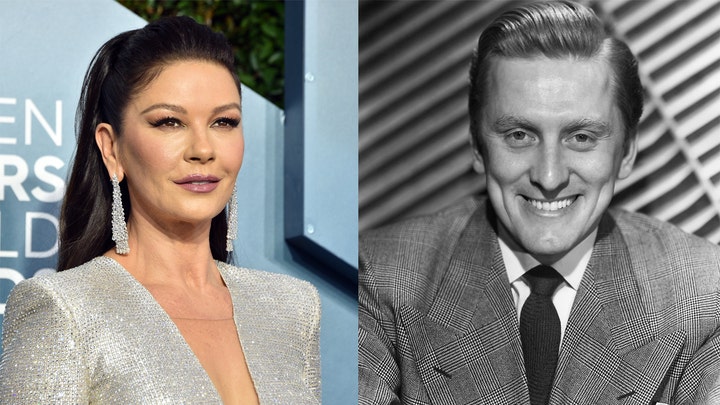 "It is with tremendous sadness that my brothers and I announce that Kirk Douglas left us today at the age of 103," Michael wrote on the platform. "To the world he was a legend, an actor from the golden age of movies who lived well into his golden years, a humanitarian whose commitment to justice and the causes he believed in set a standard for all of us to aspire to."

"But to me and my brothers Joel and Peter he was simply Dad, to Catherine, a wonderful father-in-law, to his grandchildren and great grandchild their loving grandfather, and to his wife Anne, a wonderful husband," he continued. "Kirk's life was well lived, and he leaves a legacy in film that will endure for generations to come, and a history as a renowned philanthropist who worked to aid the public and bring peace to the planet."

The post concluded: "Let me end with the words I told him on his last birthday and which will always remain true. Dad- I love you so much and I am so proud to be your son."