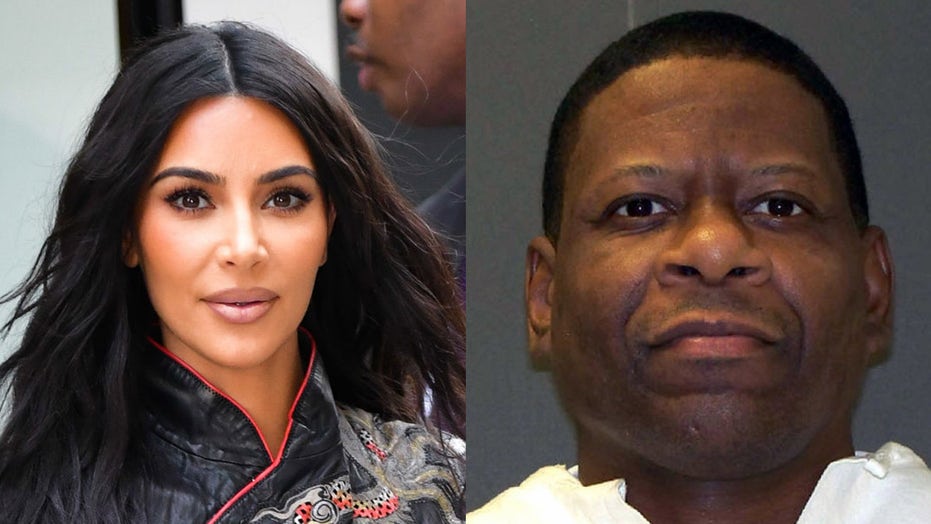 Kim Kardashian says she was with Texas inmate Rodney Reed when he received the news that his execution would be delayed.

Reed was sentenced to death in 1998 for the murder of Stacey Stites, a 19-year-old whose body was found off the side of a road roughly 35 miles southeast of Austin in 1996.

Reed was arrested nearly a year after Stites' death after his DNA surfaced in an unrelated sexual assault. But his lawyers have said new evidence points to the woman's fiancé, Jimmy Fennell, who was a suspect in the original investigation. Reed, 51, has maintained his innocence.

Kardashian, 39, was among the celebrities campaigning for the delay of Reed's execution.

"PLEASE @GovAbbott How can you execute a man when since his trial, substantial evidence that would exonerate Rodney Reed has come forward and even implicates the other person of interest," she tweeted in October. "I URGE YOU TO DO THE RIGHT THING."

On Friday, the "Keeping Up with the Kardashians" star shared on Instagram that she was with Reed when he received the news that the Texas Board of Pardons and Paroles recommended a delay.

The photo depicted Reed in prison, placing his hand on a pane of glass between himself and Kardashian.

"Today, I had the honor of meeting #RodneyReed in person and the privilege of sitting with him when he got the news that the highest court in Texas has issued a stay of execution and remanded the case back to the trial court for further consideration," Kardashian said in the caption.

"Words cannot describe the relief and hope that swept over the room in that moment," she continued. "That hope had been building over the last few weeks around Rodney's case."

Reed has received a 120-day reprieve while the case is reexamined.

"We have seen Democrats and Republicans come together. We have seen grassroots activists and lawmakers link arms. We have heard people all around the globe speak up," Kardashian lauded. "And all because of a deep belief that every man or woman accused of a crime - especially one punishable by death - deserves the chance to have all available evidence considered."

According to TMZ, Kardashian met with Reed as a legal visitation. Visits are rarely given to death row inmates, but Kim's status as a legal apprentice helped her secure the meeting. TMZ says that Kardashian's husband, Kanye West, hoped to meet Reed as well, but was not allowed in.

"So grateful for the commitment and passion of everyone who voiced their support, the Texas Board of Pardons and Paroles for their recommendation to issue a 120 day reprieve, and the courts for issuing a stay," Kardashian's post concluded.

Rihanna, T.I. and Meek Mill were among the other stars imploring the board to reexamine the case.