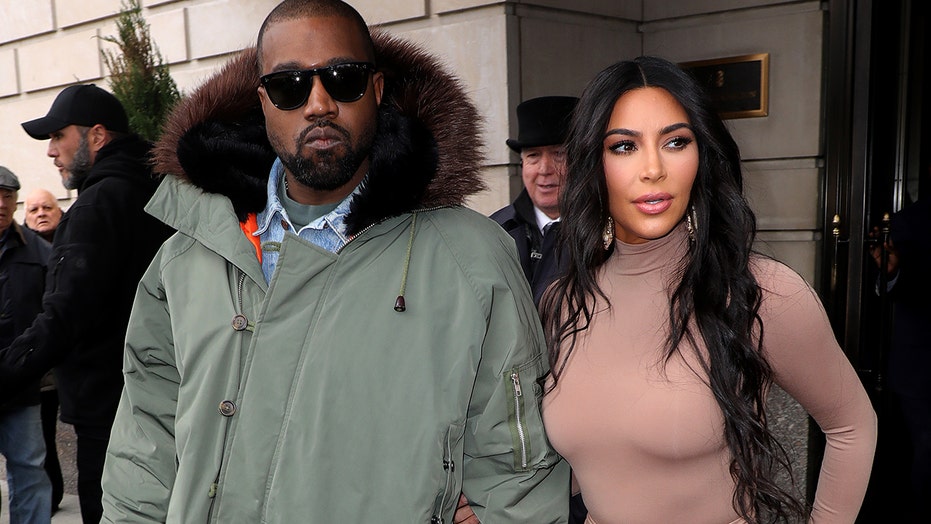 Kanye West and Kim Kardashian seem to be smoothing out their differences as the two can be heard erupting into laughter in a family video posted Friday.

The rapper, 43, and his reality star wife, who is 39, fueled rumors of a split just weeks ago amid West's very public bashing of Kardashian on Twitter in which the presidential hopeful claimed he has been "trying" to divorce her.

However, TMZ reported this week that the couple recently jetted off to an undisclosed location for some much-needed family time with their kids. West appeared to provide evidence of the family's reunion with a video of himself and daughter, North, 7 busting some moves.

The video shows West smiling wide alongside his oldest daughter before re-enacting the viral Mufasa meme which shows the artist hopping out of a slow-moving vehicle and dancing to The Nightcrawlers' "Push the Feeling On."

North follows suit and the father-daughter duo dance outside the vehicle as Kardashian can be heard laughing and encouraging the couple's son Saint to join in on the fun.

The family video is a stark contrast to photos that surfaced of the Hollywood couple nearly two weeks ago. Kardashian was spotted crying while speaking with West in a car in Wyoming. It was reportedly the first time Kardashian visited West in the days following his epic Twitter rant.

The reality star said she realized that her husband’s words can carry particular weight and “cause strong opinions and emotions” due to his status as a public figure. However, she said she finds him to be a “brilliant and complicated” person that is simply struggling to deal with his mental illness at times.

West and Kardashian have been married since 2014 and have four children together.