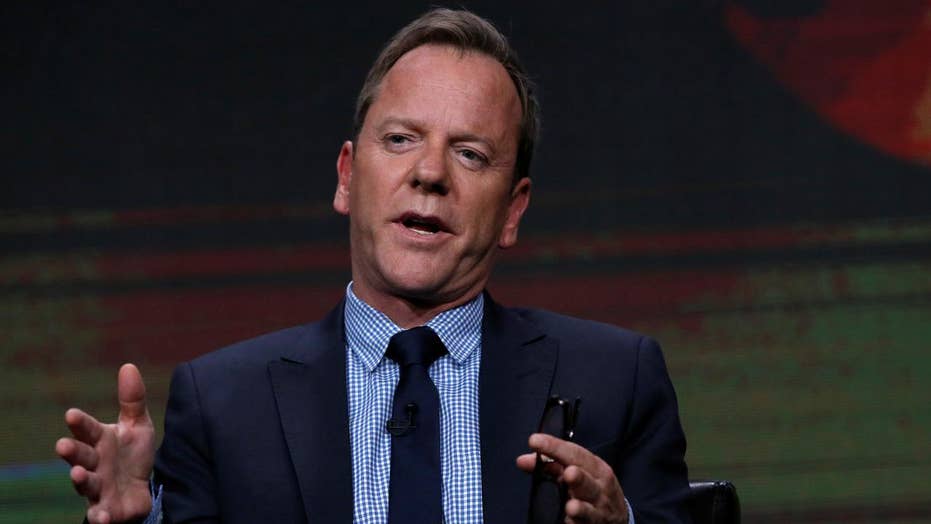 Page Six reported Tuesday that the 50-year-old actor has been dating actress Cindy Vela “under the radar for years.”

Sources told the publication Sutherland and Vela have been an item about three years. However, they've chosen to keep the romance a secret from the media. The 38-year-old actress is reportedly traveling on tour with Sutherland and his band in Europe.

The former “24” star was previously married to former model Elizabeth Kelly Winn for nearly eight years until he filed for divorce in 2004. According to papers filed in Los Angeles Superior Court, the two have been separated since 1999.

And that wasn’t the first time Sutherland faced romantic woes. In May, he told Fox News that his song titled “Calling Out Your Name” details one of the greatest pains of his youth.

“You know, there’s one song on the record called ‘Calling Out Your Name’, which was about a personal breakup and I think probably the first time in my life where my heart really got broken,” he said.

“And over time, you realize how young you were and how young the other person was and I guess I was just trying to put it to rest,” he added. “It ended up coming out in that song. And I realized, looking back, that there were so many factors… but going to write that song actually forced me to look at it in a different way. It helped me put that experience to bed, if you will.”

While Sutherland never named the mystery woman, one clue points to his past relationship with actress Julia Roberts. At age 24, Sutherland was involved with the 23-year-old for more than a year when they decided to get married in 1991. However, just two days before she was slated to walk down the aisle, Roberts called off the high-profiled wedding.

About 25 years later, Sutherland said he was glad Roberts made the controversial decision.

“I think it took a lot of courage, even amongst all of that other stuff, to be able to say, ‘I can’t do this.’ I think she was being realistic for herself. I think that’s much better,” he said in 2015 during an appearance on “The Jess Cagle Interview.”

Sutherland assured Fox News that he was in a much better, happier place, both personally and professionally.

“[And] I think all of the songs were kind of poignant moments in my life where I had to figure out something in order to move forward,” he said. “And writing these songs was very helpful for me to do that.”

Vela is set to star in "It's Gawd", which will premiere on Amazon July 14.