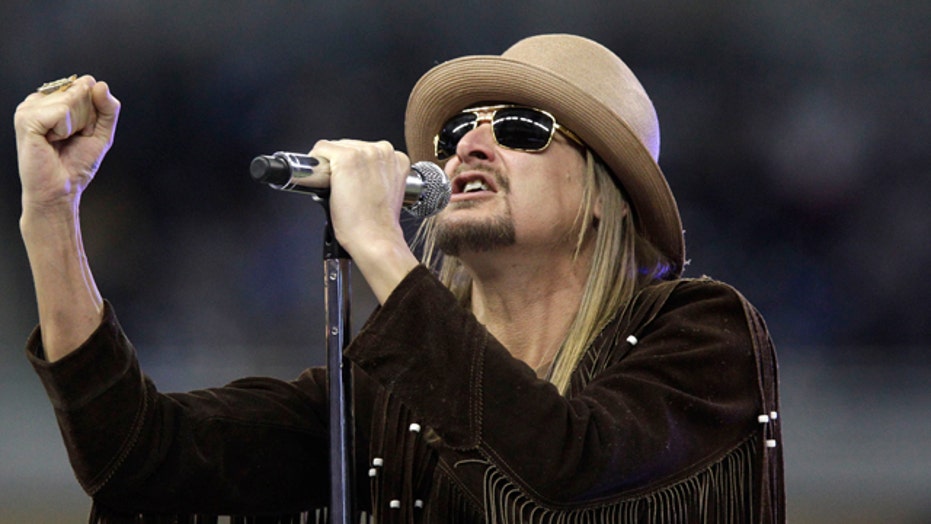 The musician, whose real is Robert James Ritchie, took to Twitter on Friday to explain why he went on a drunken rant about her at a bar during the week.

"My people tried to get me to do The Oprah Winfrey show years ago and her people wanted me to write down 5 reasons why I loved her and her show… I said f**k that and her. End of story," he wrote.

The 48-year-old was escorted off stage at the Big A-- Honky Tonk Rock N' Roll Steakhouse in Nashville -- which he owns -- when he yelled into the microphone, "F--- Oprah."

After going on a drunken rant about Oprah at his Nashville bar, Kid Rock slammed her again on Twitter.  (Gary Miller/Getty Images)

"Oprah Winfrey is like 'Hey, I just want women to believe in this sh--'. F--- her. She can s--- d--- sideways," he added, according to video obtained by TMZ, which released it on Friday.

The crowd didn't approve of Kid Rock's message. In the video, someone can be heard saying, "He's racist. Look at him he's blacked-out drunk as f---.'"

Apparently Kid Rock has never liked Oprah because back in 2008, he told The Independent magazine, "I just don’t believe her. Maybe it's because I'm not one of the 150 million brainwashed women who heed her every word."