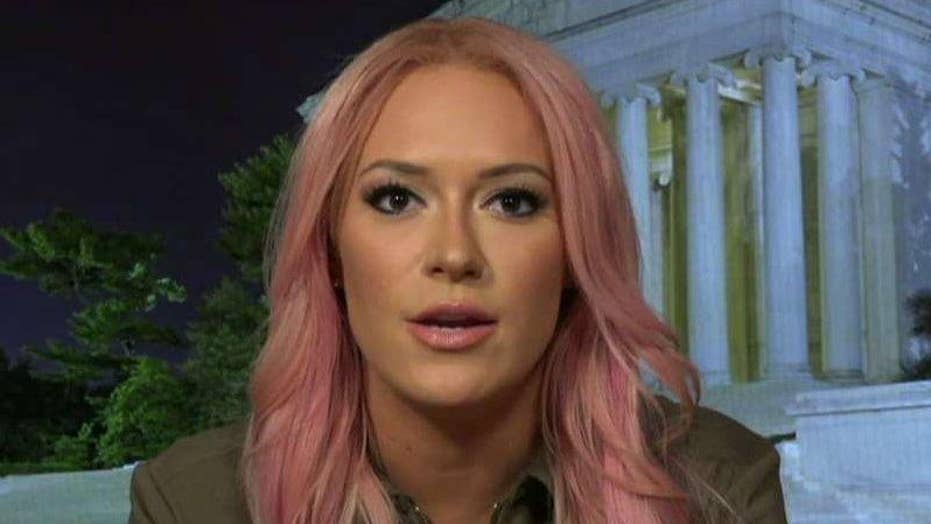 Recording artist Kaya Jones on being a Trump supporter

Chrystal Neria, whose stage name is Kaya Jones, shared some pretty frank thoughts about the gun control debate with her followers on Twitter during the National School Walkout protests.

Jones, best known for her work performing with the Pussycat Dolls, has been a solo act since 2004. In 2017, she joined the National Diversity Coalition for Trump as its Native American Ambassador. Her public persona isn’t shy about voicing her conservative beliefs, which she did in a series of posts on Wednesday in reaction to the walkout.

“They have their right to walk out & I have my right to bear arms. I’m not giving up my rights because a crazy man killed people. I’m holding on right to my rights so if a crazy man tries to kill me he’s got another thing coming. It’s called freedom,” she said in response to a post about the protests.

Two hours later, she continued her Twitter rant, this time going after the argument that gun advocates don’t care about children.

“This whole walk out on guns is a joke. You realize that in order to protect kids we need guns. The signs that read protect kids not guns are so unaware. You need a gun to fight a gun. It’s not a want it’s a fact. And it’s my right to be able to protect myself. #ItsCalledFreedom,” she wrote.

“Stop attacking the weapon. Remember there’s a brain and a body behind each choice. You can use a hammer as a weapon. What’s a weapon? Anything between you and whoever you want to harm. You are trained this is fighting classes. Anything is a weapon. A gun is just a faster one,” she continued.

The singer went on to note that victims of violence should feel empowered to study self-defense in the wake of the tragedy.

“If you’ve ever been attacked in your life and didn’t want to learn everything about attackers or weapons you are being foolish. It’s therapeutic and empowering to know how to fight back. It’s better to have, and not need, than to need, and not have. #ItsCalledFreedom.”

She then launched a pair of tweets challenging the notion that guns are the problem and not those who misuse them.

She concluded her Twitter tirade by alluding to famed mass murderers Jim Jones and Adolf Hitler.