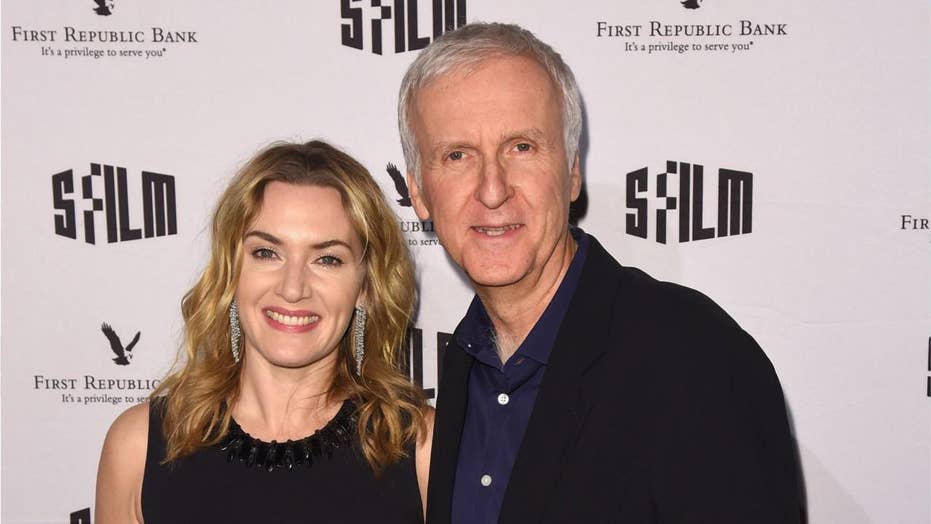 Director James Cameron revealed that Academy Award-winning Actress Kate Winslet held her breath for more than 7 minutes during the training for ‘Titanic.’

Kate Winslet was both heartbroken and relieved when she learned of her sometimes-destitute ancestry.

Jonsson was imprisoned for stealing potatoes to feed his family. One of Jonsson's five children died from malnutrition, and Jonsson himself had a tragic ending to his life.

JAMES CAMERON REVEALS KATE WINSLET CAN HOLD HER BREATH FOR 7 MINUTES, 'IS A DREAM' TO WORK WITH

“I was sobbing my heart out at this point. His wife couldn’t even produce milk for their baby because she was starving," Winslet told The Radio Times. “And then I found out that Anders was sentenced to 35 lashes and had to stand in front of the local church to be ridiculed by everyone. He died in prison of typhoid before his appeal was heard.”

Kate Winslet, mother Sally and father Rodger Winslet arrive at the dinner following The Orange British Academy Film Awards at the Grosvenor House Hotel on Feb. 8, 2009 in London. Winslet recently learned about her Swedish ancestry at her mother's insistence before her death in 2017. (Getty)

The actress revealed that she approached the BBC program when her mother, Sally, was on her deathbed and had begun to tell Winslet about her extremely humble Scandinavian roots. Sally died from ovarian cancer in 2017.

“I come from a long line of impoverished people on both sides of my family, which perhaps explains why I’ve tried to instill my parents’ values into my kids," Winslet said. “People never believe me, but my children aren’t over-privileged. We just don’t live like that. They are very balanced. Humble.”

"My roots are socialist, working class and, in a funny way, my parents frowned upon the wealthy," she said. "Mum and Dad went to Oxford for their honeymoon and we always had holidays out of the back of the van with a tent."