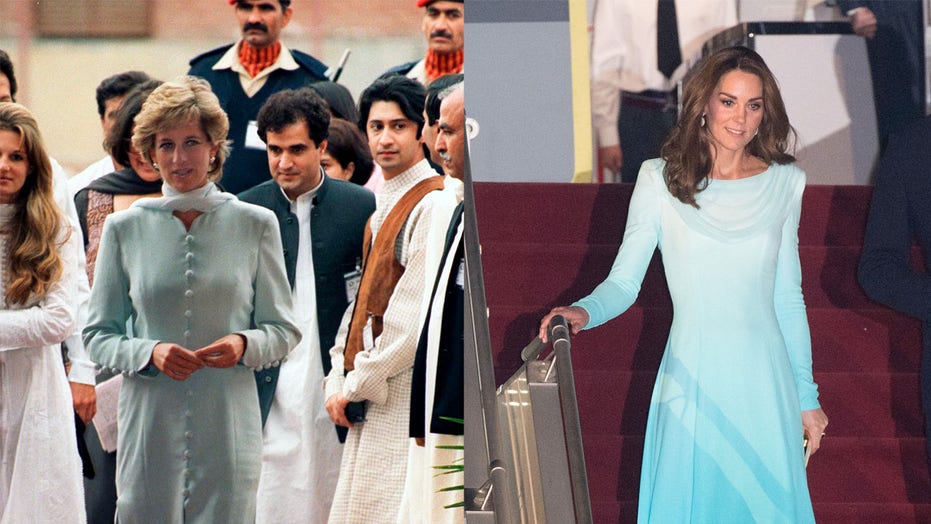 Middleton, 37, and Prince William arrived in Pakistan on Monday for a five-day tour, with Middleton wearing a light blue dress with matching pants.

The outfit is seemingly inspired by the traditional shalwar kameez. Middleton's dress also bears a close resemblance to a dress Diana wore during a trip to Pakistan in 1996 with a similar light blue color.

Catherine, Duchess of Cambridge arrives at the Pakistani Air Force Base Nur Khan with Prince William, Duke of Cambridge to start their Royal Tour of Pakistan. (Photo by Karwai Tang/WireImage/Getty Images)

The Duchess of Cambridge's dress included a sheer neckpiece similar to the scarf worn by Diana.

In addition, Middleton’s dress was designed by a frequent collaborator of Diana's -- Catherine Walker.

WhatSheWore.com Editor and Creator Susan Kelley told People that she predicted Middleton will wear at least one more traditional look for the trip but notes that even though Middleton "has on occasion looked to Diana for inspiration" she is "careful not to copy her.”