Kate Gosselin is finally ready to jump back in the saddle and enter the dating world – except this time the “Kate Plus Eight” reality star will be looking for love from the “safety” of her new TLC reality series, “Kate Plus Date.”

Joined by her 18-year-old twin daughters Mady and Cara, Gosselin, 43, will be navigating the raging waters of high-intensity blind-dating in her quest to snag the man of her dreams.

“Particularly, the dating show – [I chose] Mady and Cara because they’re 18 and I feel like it’s more comfortable at this time to have them weighing in and helping me out,” Gosselin told reporters during the TLC portion of the Television Critics Association Winter Press Tour at the Langham Huntington Hotel in Pasadena on Tuesday. “So, it’ll be Mady and Cara on “Kate Plus Date,” and yes – we are close with all of my kids and their brothers and sisters.”

Gosselin — who has been divorced from Jon Gosselin since late 2009 — said she found it incredibly difficult to get acclimated to dating after ten years of being single and welcomes the opportunity to build the “family business” with her daughters while valuing their input on her dating escapades.

“Everything was different. The question that seems easy was very hard for me from the matchmaker in terms of, ‘What are you looking for?’” Gosselin explained. “I knew what I wasn’t looking for, but I couldn’t easily articulate what I was looking for, so their job is difficult. I’ve gotta say, in terms of qualities and all of those things, it was difficult to articulate, but they were strictly blind dates – so when it came to who they matched me with, I didn’t even know their names until minutes before.”

Despite being completely out of her element, and overwhelmed by the multitude of men she had come in contact with, Gosselin said the most difficult part was going with the flow of the dates and letting the chips fall where they may regardless of the “awkwardness, uncomfortable and terrified" reactions she had during the show’s filming.

“They were kind of hit or miss,” said Gosselin. “It’s very difficult. It’s a very difficult concept and this is a very real show and I am really looking for someone – and you really have to split hair in terms of what didn’t work.”

The mother of eight children, including sextuplets continued: “Sometimes, there really isn’t a word even for me to come up with to describe what exactly didn’t work, so this was a journey and it’s really neat because in coming up with this, saying, ‘I’d love to date on TV, and the safety it provides – I feel comfortable on television.’”

KATE GOSSELIN AVOIDS TABLOIDS BECAUSE THEY 'ANGER' HER, AFFECT HER HEALTH

“The whole thing was I didn’t realize how awkward I feel on this whole journey. I’ve learned so much about myself and so much about how I react. It’s painful at times – I’m hard to watch.”

When asked if her own children would someday carry a TV show for themselves, Gosselin left the decision to them and toted their maturity as young adults in gauging their overall readiness to step into the spotlight. 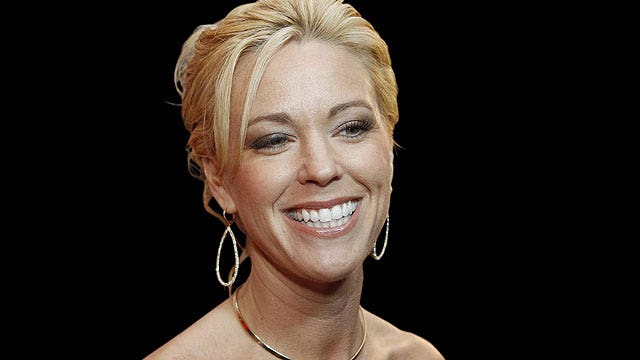 “This is ten years and counting – and judging based on my kids and how well-adjusted and intelligent and how well they’re doing in school and overall life, I feel like more than anything it has enriched their lives and has made them world-wise and taught them a lot about people’s intentions,” Gosselin clarified.

“I don’t worry about that because we started this when they were very young and obviously as a parent, you always want to do what’s best for your kids, and I did it in a way where we live our real lives and that’s filmed and anyone who has worked with us knows that we don’t do three takes, we do not have scripted lines.”

Gosselin pressed on: “I am a very protective parent, as you probably know. It comes from a place of love, I do think that I care so deeply that I have been at times, overzealous – but as far as Mady and Cara and all my kids, I think that they’re such good girls that I don’t have to keep after them.

"They’re self-driven, you know they have goals and dreams," she added. "They’re just good kids and it is scary with all the things you have to worry about on social media. I am worried, but particularly with them turning 18 and going off to college, I don’t have to worry. They’re very wise, good decision-makers – I don’t know what I did to deserve such amazing kids, but they blow me away every day.”