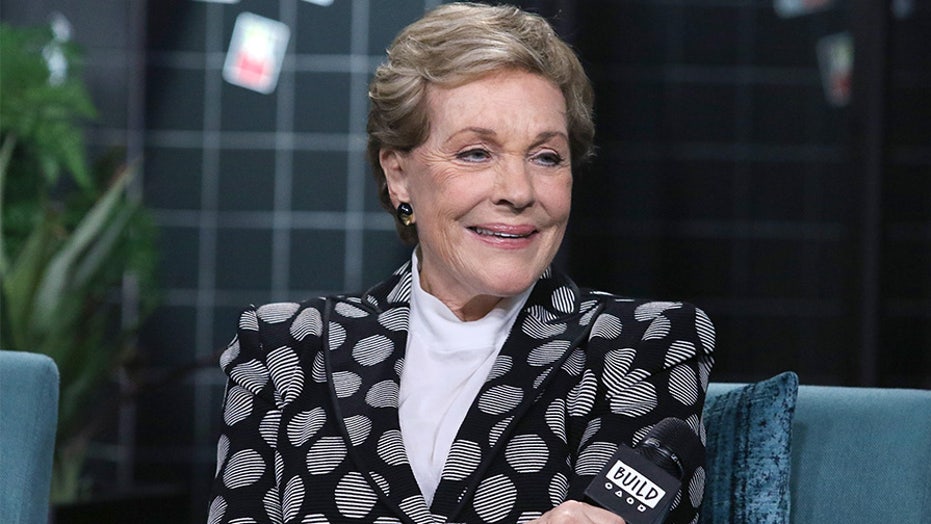 Julie Andrews may have missed her window to make a third "Princess Diaries" movie.

The legendary actress chatted with the co-hosts of "The Talk" over video chat recently where she opened up about a possible addition to the franchise starring herself and Anne Hathaway.

"I've heard that there might be [a third film], it's long been talked about, but nothing's been on my desk or anything like that," said Andrews, 84. "I think I would [make the movie]. I'm getting awfully old and crotchety, I'm not sure if it's the right timing."

She added: "But I think to work with [Hathaway] would be lovely again. And yeah, sure I'd be up for it. If a script comes in, let's wait for that."

Andrews also noted that the franchise's director, Garry Marshall, has passed away since completing the second "Princess Diaries" movie.

"He was really the nuts and bolts of it all," said Andrews.

Andrews played the grandmother to Hathaway's Mia in the franchise as she groomed her granddaughter to take over the throne of Genovia.

In early 2019, Hathaway, 37, paid a visit to Andy Cohen's "Watch What Happen's Live," where she talked about a potential third installment to the franchise.

"There is a script for the third movie," she revealed. "I want to do it, Julie wants to do it, Debra Martin Chase, our producer, wants to do it. We all really want it to happen, it's just we don't want to do it unless it's perfect because we love it just as much as you guys love it."

Hathaway continued: "It's as important to us as it is to you, and we don't want to deliver anything until it's ready, but we're working on it."

However, a few months later, Andrews visited Cohen's show, where she was surprised to learn that a script for the film had been finished.

"Well the truth is I haven't heard," Andrews said. "There's been talk about it for quite a while. I think she's had or is having a second child and she's busy and I've been busy and I think if it happens it would be lovely and if it doesn't, I won't have known about it."