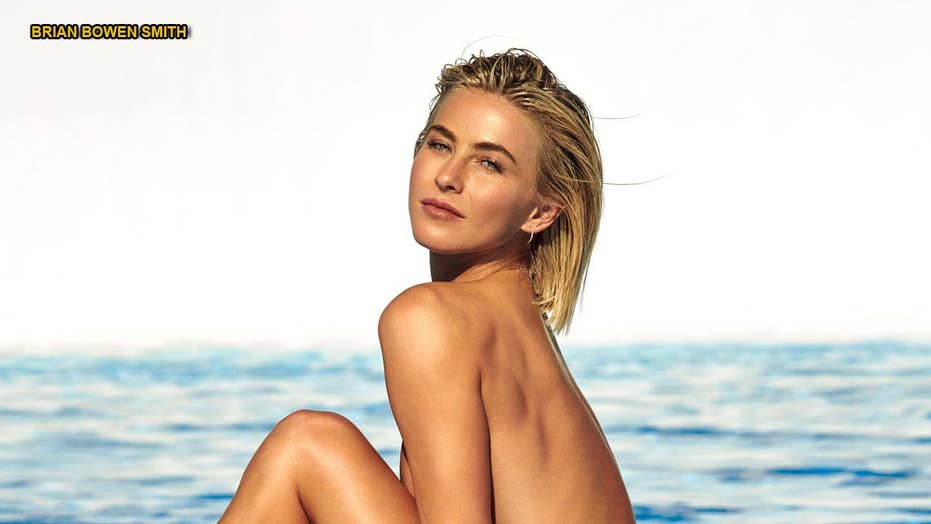 'America's Got Talent' judge and professional dancer, Julianne Hough, stripped down for Women's Health magazine's Naked Strength Issue, opening up about her sexuality, and revealing to her husband she's 'not straight.' Hough spoke about evolving into the 'truest form of herself,' and confessed she was worried her husband, Brooks Laich, whom she married in 2017, wouldn't accept her.

Brooks Laich is "so proud" of his wife, Julianne Hough, after the professional dancer came out as "not straight" in a new interview.

Hough, 31, stripped down for Women's Health magazine's Naked Strength issue and opened up about telling her Canadian ice hockey player husband about her sexuality.

"So proud of my wife @juleshough for the woman she is, and her courage to share her journey of trials and triumphs!" Laich wrote on Instagram Thursday after Hough's magazine spread was published.

He added, "Love you so much babe!"

JULIANNE HOUGH POSES NUDE, OPENS UP ABOUT HER SEXUALITY, REVEALS SHE'S 'NOT STRAIGHT'

Hough recalled the exact moment she told Laich she was "not straight."

"I think there’s a safety with my husband now that I’m unpacking all of this, and there’s no fear of voicing [a] thing that I‘ve been afraid to admit or that I’ve had shame or guilt about because of what I’ve been told or how I was raised," Hough continued.

The "America's Got Talent" judge also confessed she was worried Laich, whom she married in 2017, wouldn't accept her.

“I was connecting to the woman inside that doesn’t need anything, versus the little girl that looked to him to protect me. I was like ‘Is he going to love this version of me?’ But the more I dropped into my most authentic self, the more attracted he was to me. Now we have a more intimate relationship," she explained.

She added that throughout her life, she hopes to continue to evolve and grow and change as a person: “I’m going to shift for the rest of my life. I’m not like ‘Oh, I got it.’ But I’m trusting myself now, and when I’m totally connected to me, I feel full. I want others to see that in themselves too.”

One struggle in particular Hough has been open about is her journey to pregnancy. She suffers from endometriosis and began the IVF process and froze her eggs before turning 30 last July.

Laich, 36, spoke about how much of a "champion" and a "warrior" his wife is on his iHeartRadio podcast, "How Men Think."

“As a husband, I just go into full-support mode. Whatever my wife needs, whatever I can do, I’m fighting the smallest portion of the fight with her,” he said. “There are certain things in my wife’s life that I know she appreciates that help her feel calm and help her feel relaxed, so I double those efforts during that time just to show that I’m there with her and I support her.”