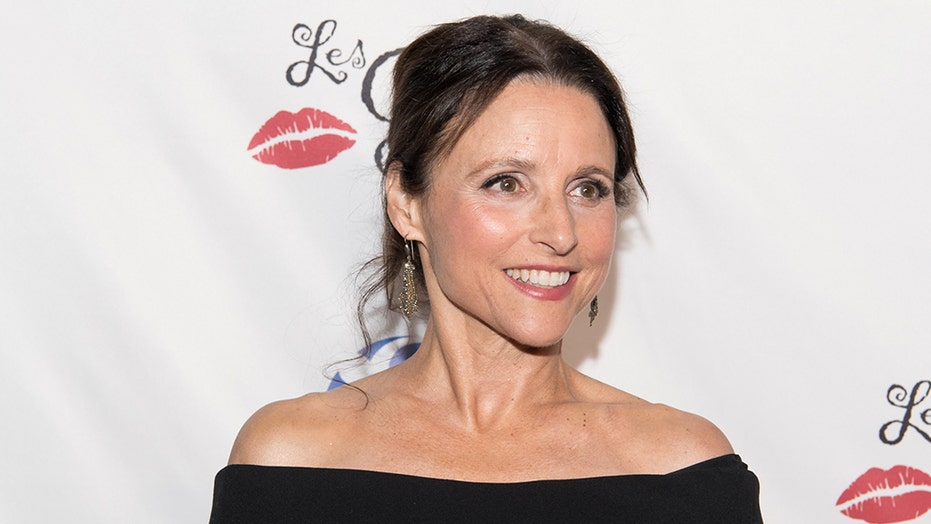 The comedy icon, 58, was recently featured in a cover story for Vanity Fair, months after the final episode of her HBO show "Veep," which earned the actress six consecutive Emmy wins.

In 2017, Louis-Dreyfus announced she was diagnosed with stage II breast cancer, and later underwent six rounds of chemotherapy and a double mastectomy, before revealing a year later she was in remission. In the Vanity Fair interview, the former "Seinfeld" star is grateful for her current health state.

"I hate to have to think about it,” she told the magazine. “But I’m very happy to be alive."

Louis-Dreyfus continued to work on the final season of "Veep" just months after completing her final round of chemotherapy, which the actress says lifted a huge weight off her shoulders.

"To put blinders on and just focus on making the funniest f--- show possible was a great relief," she confessed.

The star also opened up about her hesitiation of revealing her diagnosis on social media, but expressed gratitude for the outpouring of support she's received throughout her battle.

"In many ways it was very nice to get the support from the outside world,” she admitted. "Having said that, I didn’t consider that it would’ve taken on a life of its own, which it did. It’s such a personal thing that I never would have put anything like that out there if I hadn’t had to."

JULIA LOUIS-DREYFUS OPENS UP ABOUT HER SISTER’S DEATH FOR FIRST TIME: ‘IT WAS OUT OF THE BLUE’

When asked about how she felt while undergoing various treatments for her illness, Louis-Dreyfus recalled being anxious about her future, and the improbability of her diagnosis.

"There is that moment that you have when you’re like, ‘Is this it for me?'" she said. "Because you know everybody here in this room is going to come across that moment in their life, but you never think you will."

"I’m still working it out, to be honest with you," she continued. "I’m glad I got through it, but there’s a part of me that’s still a little frightened, you know?"

Louis-Dreyfus' latest project is the upcoming comedy-drama film "Downhill," in which she portrays a woman going through a marital crisis. According to the actress, she hopes to take more outside-the-box roles in the years ahead.

"I want to expand my creative universe here," Louis-Dreyfus admitted. "I want to do stuff that maybe people wouldn’t think I would do."