ET correspondent Brooke Anderson spoke with Seinfeld at the Kennedy Center in Washington, D.C., on Sunday, where he came to honor Louis-Dreyfus, who received the Mark Twain Prize for American Humor. The two starred in the beloved '90s sitcom "Seinfeld" together, and the 64-year-old comedian revealed his favorite on-set moment with Louis-Dreyfus.

"I think it was the Festivus scene," Seinfeld tells ET, referring to the made-up holiday meant to be an alternative to the Christmas season popularized by the show. "Yeah, that big table and we were all exhausted and it was Yom Kippur and I was fasting and we were just, we were a wreck, you know, and we're trying to do this scene, we were just laughing. Her makeup was running."

Why Julia Louis-Dreyfus Decided to Face Her Cancer Battle Publicly

"I just remember we could be a total mess -- we were a total mess a lot of the times," he continues. "The parking garage, a total mess up until, like, five in the morning shooting."

Seinfeld credits the success of the show to Louis-Dreyfus, and said he knew just 30 seconds into her audition that she was perfect for the role of Elaine Benes, his ex-girlfriend turned good friend in the series. 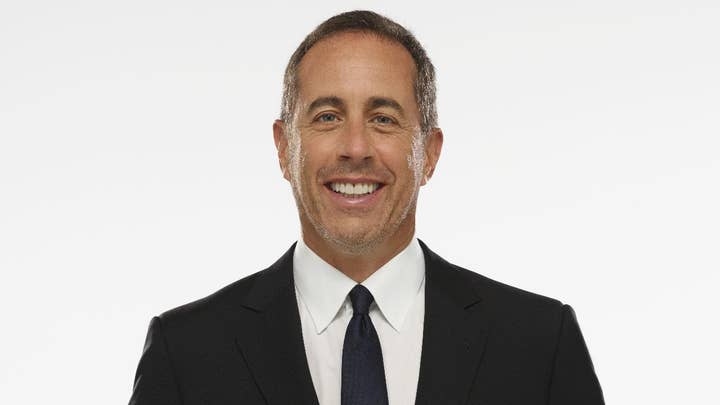 "I always felt like she was the diamond, she was the sparkle of the show that really made it the right chemistry -- the right formula," he notes. "You know, I really don't think the show would have been successful without her."

ET spoke to 57-year-old Louis-Dreyfus as well on Sunday about her big honor, and she said the highlight of her career has been working with talented co-stars on both "Seinfeld" and her critically acclaimed HBO hit, "Veep."

"Oh God, I mean I've had so many, but I would say first and foremost the biggest highlight of my career has being able to work in a number of very significant ensembles," she says.

She also playfully reacted to viewing a clip of her first ET interview, which took place in 1982.

"Fix your hair," she says when asked about any advice she'd give her younger self. "I'm not kidding."

As for her recent difficult battle with breast cancer -- in January, she underwent her last round of chemotherapy -- the actress said that these days, she is grateful for everything.

"I'm just happy to be here and I cherished my life before, and now I cherish it all," she says.