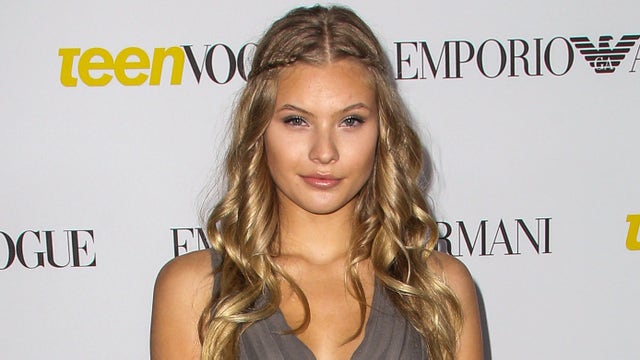 Josie Canseco Wants to Take the Modeling World by Storm

Up-and-coming model Canseco has already been featured and name-dropped in magazines including Love, Maxim and Vogue, the latter of which even honored her on their "rising models to watch" list. Find out about her idols and career aspirations in our exclusive interview.

Josie Canseco is getting ready to spread her wings.

The 23-year-old daughter of former MLB star Jose Canseco confirmed she will be walking in this year’s Victoria’s Secret Fashion Show.

“Exactly 1 week until the #vsfashionshow,” the model recently wrote on Instagram. “I can't believe I just went through fittings today. I couldn't be happier. And just in time for my birthday."

The blonde beauty previously stirred headlines in 2016 when she was named Playboy’s Playmate of the Month and stripped down for a racy pictorial.

Canseco is Jose’s only child. Her mother is his ex-wife, actress Jessica Canseco. The pair divorced in 2000 after four years of marriage.

At the time, Canseco shared she wanted to make a name for herself.

“I’m so over people asking, ‘Are you related to the baseball player?’” Canseco told Playboy. “My family name has a lot of talk behind it. I believe one of my biggest achievements to date is maintaining my career and image through all the chaos.”

Canseco had a brief stint in the reality TV world when she appeared opposite her mother on Lifetime’s “The Mother/Daughter Experiment: Celebrity Edition” alongside Heidi Montag and Courtney Stodden.

“I didn’t learn anything surprising about myself, because I don’t want to be a reality star,” Canseco explained to the men’s lifestyle magazine about her experience with the series. “I’m actually a weird, goofy and friendly person. Giving in to drama simply isn’t me.”

Back in 2016, Canseco told Fox News that she always had her sights on modeling – and she had plenty of supporters along the way.

“… She has this sex appeal, but she has some class to her look,” said Canseco on why she admired the now-84-year-old actress. “There’s just something about her, like her energy and her pictures and her art – that really inspires me. Obviously, I’ve never had the chance to actually meet her, but I think she’s just a beautiful soul. And I love her image and I love her confidence.”

Canseco added she was grateful that in 2015, Vogue listed her as one of nine rising models to look out for.

“It’s an honor to be named any kind of rising model, any kind of someone to look forward to by Vogue,” she said. “Obviously, Vogue is Vogue. It’s such an honor to be named by them. And it really motivates me to show people that what they’re saying is true. It really pushes me to… prove people wrong. That I can be one of the next rising models, the next household name, someone that everyone’s talking about who is such a huge inspiration. It was an honor, it really was.”

The Victoria’s Secret Fashion Show Holiday Special is going to be broadcast on ABC on Dec. 2. The show itself is not live: recent Instagram posts from model Jasmine Tookes, one of the brand’s “Angels,” indicated filming will take place on Nov. 8.