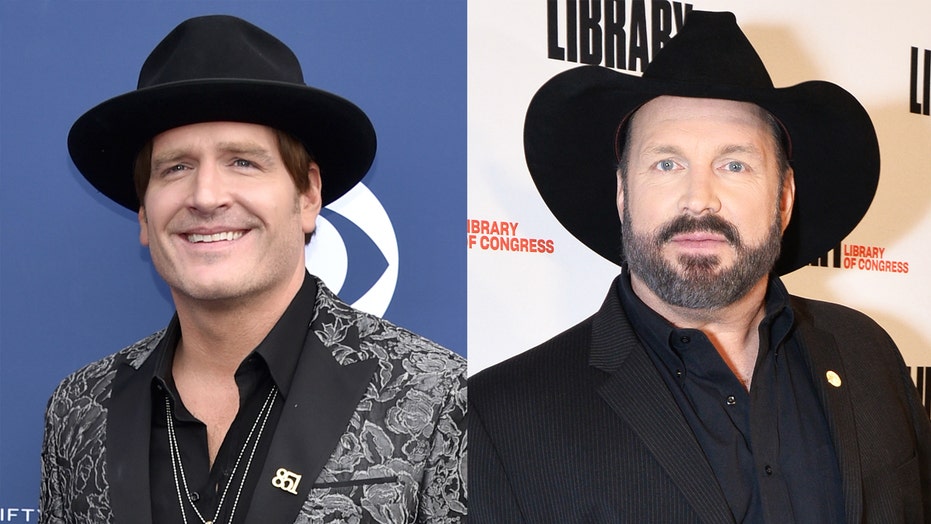 Jerrod Niemann doesn't like to call his upcoming project "Lost & Found" an "album," instead preferring "collection."

Forgoing the traditional release of a few singles to tease a full album, the 41-year-old singer-songwriter is instead releasing a new tune every six to eight weeks that will tell a narrative.

The "Ghost Rider" singer opened up to Fox News about the collection and how it came to be, as well as his favorite memory hanging out with country music superstar Garth Brooks.

"During this pandemic, everybody's definitely had to clearly make many adjustments in all the aspects of their life, but in my case, for music, everybody kind of was at home and we didn't really have access to musicians," recalled Neimann of breaking free from the typical album release pattern for "Lost & Found."

Without having any teammates available to help him out, Niemann took to a room in his basement he calls the Red Room to write and record songs.

"I just thought, 'Well, I'm at home alone, I might as well just attempt it,' and I started just playing every instrument and just spent a couple [of] days on it to get it where I wanted it," he recalled. "It's a 'project' because I never in a million years would expect me to try to attempt to play every instrument when you're in the town of musicians."

Niemann had to stretch some new musical muscles for this project, but ultimately, he said he's finding it easier than he thought.

COUNTRY SINGER RUSSELL DICKERSON TALKS BECOMING A FIRST-TIME FATHER: 'HOW PREPARED CAN YOU BE, HONESTLY?'

"I just went for it. I also want to do this because I realized so early that there's so many musical people around, some people just don't think that they can do it," he said. "If I can do it, I feel like anybody could do it. They just sit down and just really dig a little bit, took the time and it's been extremely rewarding."

The "craziest" instrument Niemann's picked up has been a lap steel guitar, he said, a guitar that lays horizontally on a musician's lap and is plucked like a banjo.

Niemann's use of the lap steel guitar goes back to the "vintage country stuff" of the 1940s and '50s, as he put it, and has roots in Hawaii.

"I just thought, 'Man, I love the sound of a Hawaiian guitar,' and some great old songs have it on it, so I just bought one," he said. "I just fell in love with it."

The lap steel guitar isn't the only unique factor in the project, however, as the song "Tequila Kisses" is completely a cappella, with Neimann singing each of the vocal parts.

He wrote the song years ago with country star Lee Brice and John Stone and recorded it on a whim one day.

"About 10 hours later, I had 50 vocal parts on there," the musician said, explaining that he taught himself how to "imitate" other instruments such as a bass and drums with his mouth for the song.

The name of the collection has a double meaning as well. Not only will the songs string together a story of Niemann feeling lost before finding himself again, but it's in reference to the music itself as well.

"On the music side of things, the technical side, the lap steel -- it's not forgotten about, but it's surely being pushed aside," he noted. "And so it was like a lost sound in country music."

Of course, there's a more personal and emotional meaning as well.

"Also, I went through a divorce, so losing a part of your life and then finding yourself again and trying to get back on your feet and take on the world," explained the crooner. "For me, this whole year's been so crazy, oddly enough I felt like a lot of things needed to be picked up in my life and rebuilt, so it's kind of a lost and found process for me personally."

"Lost & Found" -- and Niemann's music in general -- has a wide variety of musical influences, such as The Beach Boys, who Niemann called "the masters" of harmonies.

TYLER RICH REFLECTS ON 'CONSTANT GRIND' OF TRAVELING 2,000 MILES' BACK-AND-FORTH BETWEEN MY DREAM AND MY WIFE'

"Lefty Frizzell, he's my hero," said the singer. "He's a guy that's been kind of forgotten over time. When he passed away [in 1975], he was 47, he had a stroke. He's just someone I wish everybody knew a little more."

Sublime, the Red Hot Chili Peppers and Jimmy Buffett are among the star's influences outside of the world of country.

Niemann's released a handful of albums now, but his love for music started as a child.

Jerrod Niemann (left) was flown to New York by Garth Brooks to spend time together after the pair co-wrote a song. (Getty Images)

"My parents used to own a roller skating rink when I was a little kid ... I just associated music with fun," he recalled. "They play everything from the Oak Ridge Boys to Springsteen. I just loved being around it. Once you've been bitten by the bug, you can't quit."

As a child, Niemann would make fake concert tickets, write "horrible" songs and charge his parents money to attend his shows "in their own basement."

Throughout all of his years in country music, however, one memory in particular stands out: celebrating a major milestone with country legend Garth Brooks.

"When I got to celebrate my first number-one hit as a songwriter, it was a song [Brooks and I] wrote together ['Good Ride Cowboy'], and he called and said, 'Hey, you wouldn't want to be my guest in New York at Times Square when I do the CMAs, would you?'" Niemann remembered, quickly agreeing to the gig. "He said, 'What about your family? Do you think your family would be interested in coming too?'"

Brooks got Niemann and his family on a plane to make the up-and-comer "look cool" and to help his family "feel special."

He added: "I did not come down off that cloud, it was really special."