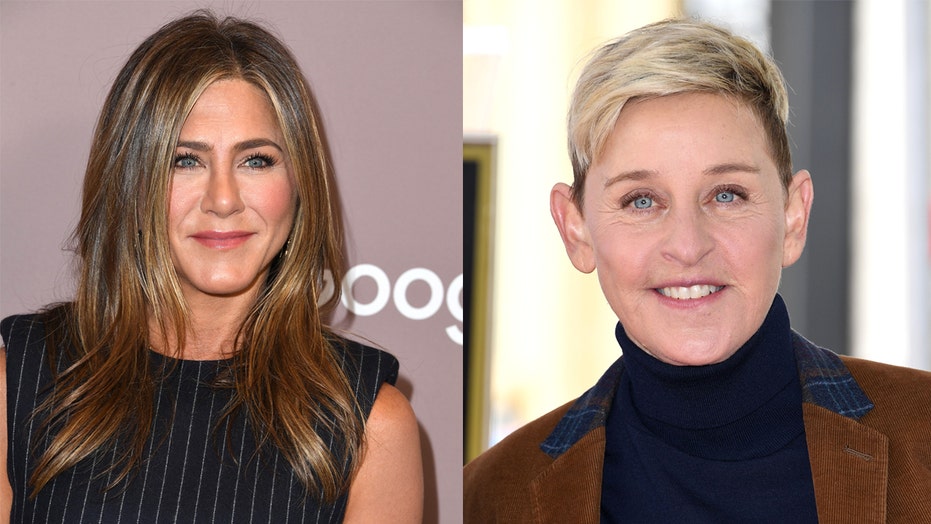 Jennifer Aniston could not hold back the tears during Ellen DeGeneres’ new special, “Ellen’s Greatest Night of Giveaways.”

DeGeneres enlisted Aniston’s assistance to help out Jeff Kimball, a father of two who lost his job and his wife to sarcoma cancer years prior, for the holiday season.

Inviting the family on the show, Kimball opened up about the loss of his wife, which occurred when daughter Elyse was only three years old. Aniston was moved to tears when Kimball revealed that his wife was a huge fan of DeGeneres and that the talk show host’s “Finding Nemo” character, Dory, inspired his family in times of need.

“She was going in for a 13-hour surgery. The last thing I did was blow her a kiss and say, ‘Just keep swimming,’” Kimball revealed in the clip.

"Oh my God, I mean, what would your mom say right now if she knew you guys were here?" a visually emotional Aniston chimed in to ask.

“She would be so happy. Ellen, she was your biggest fan, so she'd be like, 'Move over because I'm getting closer!'" said Jeff.

The TV personality and the former “Friends” actress surprised the Kimball family by adorning their home in lights and decorations in time for the holidays. They also provided the Kimballs with a Christmas tree and gifts.

"Expect a lot of laughter of course, and a lot of tears because it's an emotional moment for everybody," said Teigen in the preview.

"Ellen's Greatest Night of Giveaways" is a three-night special that premiered Tuesday, Dec. 10 on NBC and runs through Thursday, Dec. 12 at 8 p.m. EST.