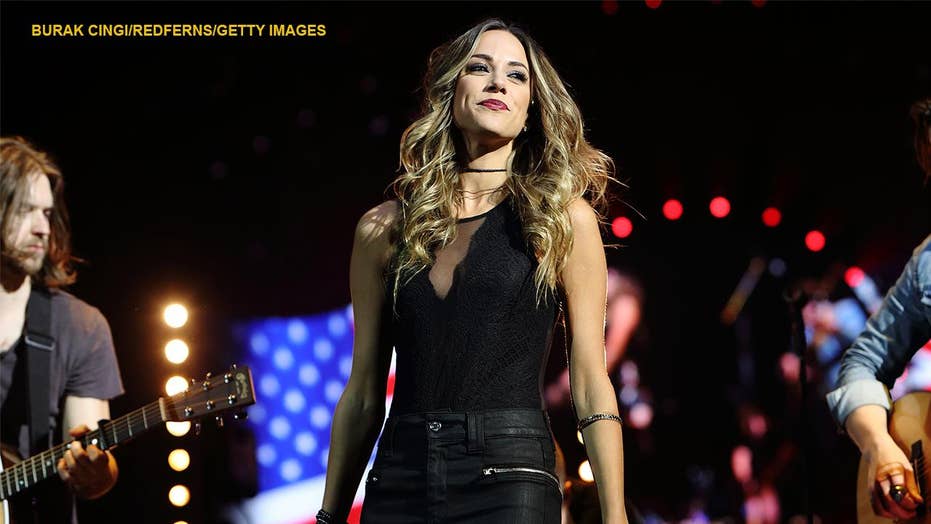 Country singer Jana Kramer reflected on the social media backlash over her comments concerning ‘hot’ nannies and how she deals with mommy shapers. The “One Tree Hill” alum also shared why parents should have “the hot chocolate talk” with their children.

Jana Kramer is feeling the love from husband Mike Caussin after a topless photo scandal shook their already-fragile marriage.

"Well this was a way nice way to wake up," Kramer, 35, captioned a snap of a handwritten note from Caussin, 32, on Saturday. "It's the little things that make me feel the most loved so waking up to this meant the world."

The note read, "You inspire me and I am so incredibly proud to be your husband!" He signed it, "forever yours, Michael."

The former "One Tree Hill" actress continued, "I also wanted to share this because I feel so often all we do is complain about our partners to our friends etc instead of saying how amazing our partners are. So here's a shout out to my husband for making me feel loved this morning. It's the little things like this that goes the long way for me."

JANA KRAMER, MIKE CAUSSIN REVEAL MARRIAGE TROUBLES AFTER SHE FOUND A WOMAN HAD SENT HIM A TOPLESS PHOTO

Earlier this month, Kramer and Caussin revealed on her podcast, "Whine Down with Jana Kramer," that Caussin, a recovering sex addict, received a topless photo on Oct. 5 from a woman he said he didn't know. The former NFL player said he deleted the text, but Kramer found it on his Apple Watch.

During the podcast episode, Kramer initially seemed unclear as to whether or not she believed Caussin, given his history of cheating on her.

Jana Kramer and husband Michael Caussin have come a long way since he cheated and was treated for sex addiction. (Getty, File)

Kramer later said the photo came from a bot.

The couple married in May 2015 and welcomed daughter Jolie in January 2016, only to separate in August of that year after Kramer found out about Caussin's infidelity. The pair renewed their vows in 2017 and welcomed son Jace in November 2018.

In March, Kramer revealed that Caussin had a relapse in his sex addiction in 2018. Although Caussin said at the time that he had not had sex outside his marriage since he was caught cheating in 2016, the incident affected her opinion of their current situation.

"Whether he ends up meeting with someone or not... That last relapse, he almost did, and I was going to sign the [divorce] papers,” she explained on her podcast Monday. "So, it’s like, he gets even close to the fire, and I’m gone. I’m like, 'Does he not know that and realize that and love our family enough?'"