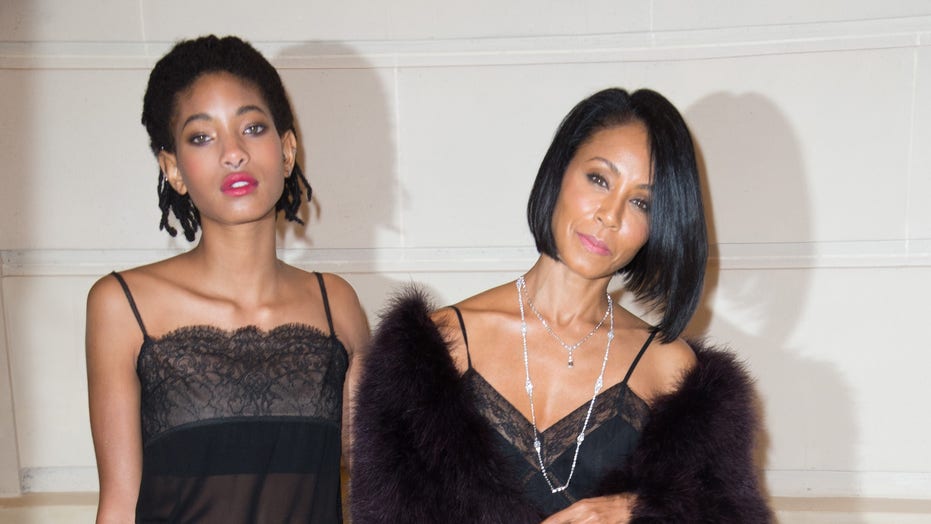 Jada Pinkett Smith rarely holds anything back when it comes to discussing the inner workings of her family.

The actress and host of “Red Table Talk” appeared on “Jimmy Kimmel Live!” on Wednesday and revealed the topic to be discussed on the next episode of her Facebook show: polyamory.

Pinkett Smith, 47, told the late-night host that it was her daughter and co-host Willow Smith, 18, who actually brought the idea of exploring a relationship between a man and two women to the table.

Details on the show’s guests were scarce, but according to the “Girls Trip” star, it was Willow who found them on social media.

Jada Pinkett Smith is joined by her mother, Adrienne Banfield-Jones and daughter, Willow Smith, on her talk show to talk about the greatest loss in their lives. (Facebook)

"It's a throuple that Willow was actually following on Instagram," Pinkett Smith explained. "That's how it all came to be. She became very curious about this whole polyamory thing."

Kimmel asked the “Set It Off” actress whether or not Willow’s curiosity might push her into engaging in a polyamorous relationship of her own in the future, to which Pinkett Smith said that while it is a possibility, she is unsure of her daughter’s preferences.

Fans of “Red Table Talk” often praise Pinkett Smith for her willingness to ask her guests tough questions. In March, she sat down with Kylie Jenner’s former best friend, Jordyn Woods, in what was her first interview since the public scandal involving her and NBA star Tristan Thompson, the father of Khloe Kardashian’s daughter.

The 30-minute Woods episode, which also featured a video call from Will Smith from the set of “Bad Boys for Life,” has been viewed more than 32 million times.