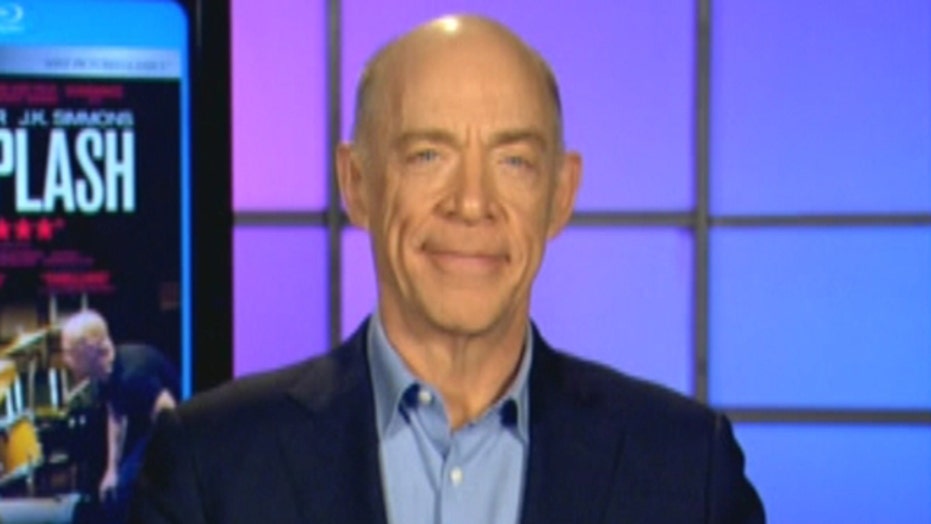 J.K. Simmons: Why I paid for police officers' meals

From winning an Oscar to picking up the lunch tab for police officers, actor J.K. Simmons is making headlines for all the right reasons. FOX411 spoke to the "Whiplash" star about his award-winning performance and do-good attitude.

FOX411: How has your life changed since winning your Oscar?

J.K. Simmons: Well life changed really when the movie came out. There was a lot of attention coming our way and more opportunity for me individually in terms of great scripts and big movies and little movies and a lot more opportunities.

FOX411: Do you appreciate this more because you received the Oscar later in your career?

Simmons: Absolutely. I was grateful when I was in my 20s and 30s I was in New York and doing theater and a lot of it all over the country and finally a few years ago on Broadway and it’s been a very gradual progression for me and my career and I’ve been grateful every step of the way.

FOX411: Your "call your mom and dad" Oscar acceptance speech got great reaction. Why do you think that is?

Simmons: It’s really gratifying and I knew that I wanted to use that 45 seconds on the most public pulpit I would ever have to talk about what matter most to me and that’s my wife and kids and my folks, and family in general.

FOX411: Did you know the original short film "Whiplash" would end up like this?

Simmons: Yeah, Jason Reitman sent me the script and this is almost three years ago now and I knew, you know, early on in my first read of the script I knew this was something that had a chance to be a really extraordinary movie and it’s been realized every step of the way by Damien’s direction, by the casting with Miles Teller and Paul Reiser and Melissa and everybody and then Tom Cross who also won an Oscar as our editor. It’s really been one of the most gratifying work experiences I’ve ever had.

FOX411: You recently made headlines for paying for some cops' lunch. Why did you do that?

Simmons: Well that’s something my wife and I did. It was her suggestion actually years ago. We’ve been doing that, and it tends to happen at this one Mexican joint we go to in L.A. Firefighters, cops, paramedics, you know, these are some of the most underpaid and important – right up there with nurses and teachers, in my book – the professions that, you know, deserve our help. It’s just a little thing that we can do. And we’ve been doing it for a long time and of course, now that I’m Oscar-winner J.K. Simmons it gets a lot more attention, but it really was my wife’s idea in the first place.

FOX411: Now that you are an Oscar winner, what's on your wish list?

Simmons: Well, nothing specific on the wish list. I would like to get back to Broadway. My wife and I met doing Broadway years ago and I think maybe once the kids are off to college we’d like to come back, spend a lot more time in New York and maybe get back on stage. We’ll be making another film together, we did a movie together that she wrote a few years ago called, “Three Geezers,” and I’m trying to find the right balance between doing a lot of big movies like the “Terminator” movies and the “Kong” movie and still doing more independent films, too.

WATCH: J.K. Simmons: Why I paid for police officers' meals