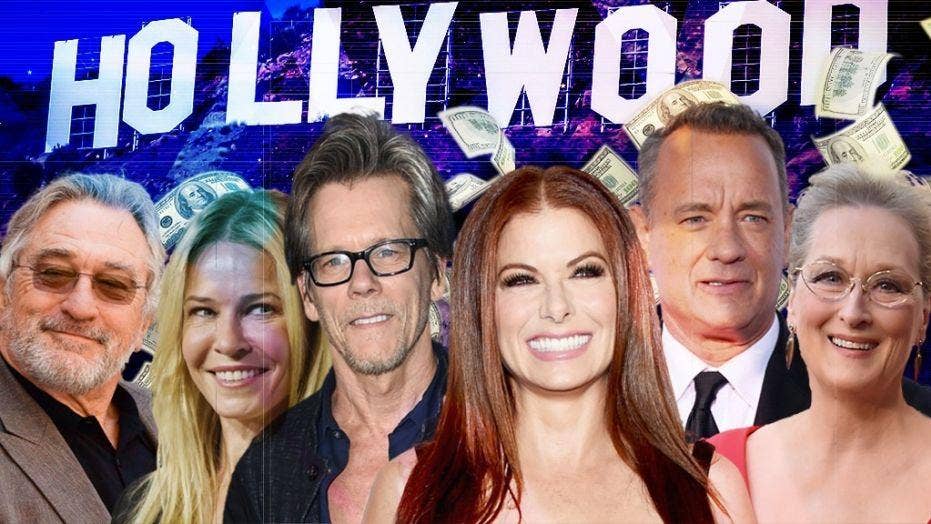 Can Hollywood mobilize Democrats for midterms?

Ever since Trump took office, a gaggle of celebrities have become increasingly involved in politics, and now superstars are going all-in on the upcoming midterm elections, but will it actually help?

Liberal celebrities have been leading the Resistance ever since President Trump’s shock victory over Hollywood darling Hillary Clinton, and now superstars are going all-in on the upcoming midterm elections – but whether or not they can make a difference remains to be seen.

“If celebrities had a net positive impact on elections Hillary Clinton would be president."

Former first lady Michelle Obama has enlisted Tom Hanks, Lin-Manuel Miranda, Janelle Monae, Tim McGraw and Faith Hill for her “When We All Vote” initiative. George Clooney, Jimmy Kimmel, Cher, Alec Baldwin, Chrissy Teigen, Debra Messing and Alyssa Milano are among the most outspoken critics of Trump and many more are expected to jump on the bandwagon heading into the midterms.

But some say it may all be for naught.

“If celebrities had a net positive impact on elections Hillary Clinton would be president. Every election cycle the Democratic Party trots out a who’s who of Hollywood stars to campaign for their candidates and every election cycle average Americans yawn,” conservative strategist Chris Barron told Fox News.

“We need to teach the star struck among us that you can love an actor for the way they do their job, and still disagree with them on a political or ideological basis,” Greenbaum said.

“We need to teach the star struck among us that you can love an actor for the way they do their job."

One way that celebrities can hold influence is through their pocketbooks, TheWrap’s Itay Hod, who covers the intersection of Hollywood and politics, told Fox News. He said “celebrities can draw donors to fundraisers” and “raise awareness of a given candidate,” which is has been critical in previous elections.

“Think of 2007, when Oprah Winfrey hosted Obama at her estate. A-listers like Will Smith turned up, and the event raised several millions of dollars. That sent a signal that Obama was a serious candidate, even though he wasn't the most experienced politician,” Hod said.

Last month, Variety reported that “showbiz already has showered federal candidates with $27.7 million, the bulk to Democrats” and the total didn't include a $1 million donated by Bill Maher to “help the party win back control of the Senate.”

“There’s a wow factor in their appearance for a congressional candidate in their district that energizes that candidates voters."

Celebrities can clearly rack up cash and notoriety for a candidate, but Hod ultimately doesn’t think endorsements make much of a difference.

“If they did, Hillary Clinton would have won in 2016 by a landslide,” Hod said, pointing to a study he conducted in 2016 that showed celebrities favored Clinton over Trump “by a country mile.”

That hasn't stopped various news organizations from publishing headlines such as The Hill’s “Celebrities dive into midterms hoping to thwart Trump,” and the Washington Post’s “How Hollywood can swing the midterm elections."

Political comedian Tim Young told Fox News that most political rhetoric from Hollywood is just "white noise in an already loud environment," but he feels celebrities can have more of an influence in the upcoming midterms than they did in the 2016 presidential race – especially if they physically show up somewhere.

“There’s a wow factor in their appearance for a congressional candidate in their district that energizes that candidates voters,” Young said.