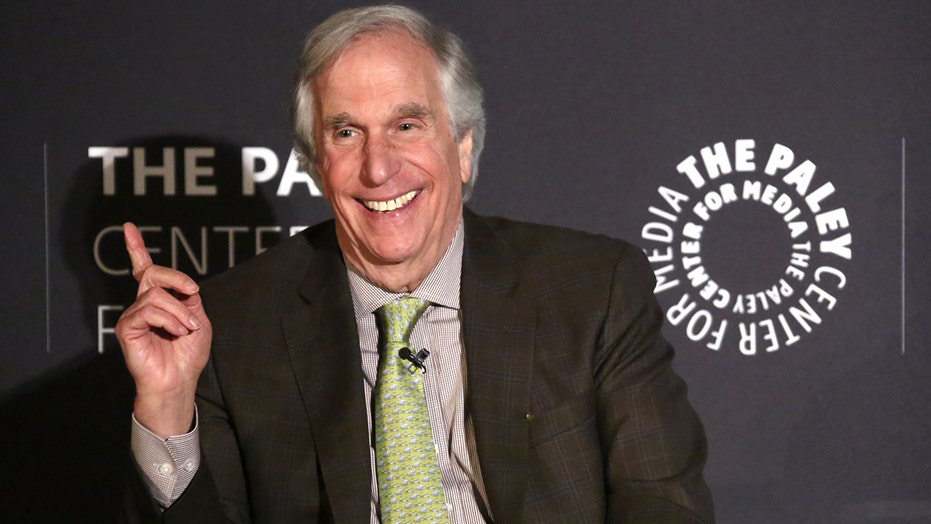 In an apparent jab at President Trump, Henry Winkler shared on Twitter a video of himself drinking water with one hand.

The “Happy Days” actor posted the video on Sunday, following Trump’s rally in Tulsa, Okla., the day before, when the president addressed concerns raised about his health after he appeared to struggle to drink a glass of water with one hand and descend a ramp.

In the video, the actor, who appears with long hair and a bushy gray beard, waves his hands in front of the camera like a magician before triumphantly picking up the glass of water and taking a sip with only his right hand. He then holds the empty glass to the camera before the video ends.

‘HAPPY DAYS’ STAR HENRY WINKLER ON BEING LABELED ONE OF HOLLYWOOD’S NICEST STARS: ‘I AM GRATEFUL’

The video referenced Trump’s June 13 visit to speak to graduating Army cadets at West Point, N.Y. After he appeared to struggle to raise a glass of water to his mouth with one hand and slowly and awkwardly walked down a ramp from the stage, many were quick to question his physical well-being.

At his rally in Tulsa on Saturday, the president took the time to address these concerns. The president, who turned 74 one day after the West Point visit, explained it was a hot day and he was exhausted after saluting “600 cadets,” adding that he was wearing leather-bottomed shoes and the ramp he had to use to exit the stage was long and steep.

The president also said the reason he appeared to have difficulty lifting his arm to drink water was because he “just saluted 600 times.”

Trump proceeded to show the crowd at his rally that he was capable of drinking from a glass of water, before throwing the glass to the floor as the crowd cheered.

“There is no way I can make it down that ramp without falling on my a--... I have no railing,” Trump also told the crowd, drawing laughs, as he referred to his walk down the ramp.

Trump also said he walked carefully because he didn’t want news channels to show a slow-motion replay of him taking a tumble. He referenced how the media in the past showed footage of President Gerald Ford slipping on the last few steps while exiting Air Force One and showed former President George H. W. Bush when he became ill during a dinner in Japan.

Winkler wasn’t the only one to post a video lambasting Trump for proving he can drink with one hand. “Guardians of the Galaxy” actor Dave Bautista shared a nearly two-minute video of himself pretending to get psyched up while the theme from “Rocky” played in the background. He then took a tiny sip of water and celebrated as though he accomplished a major physical feat.