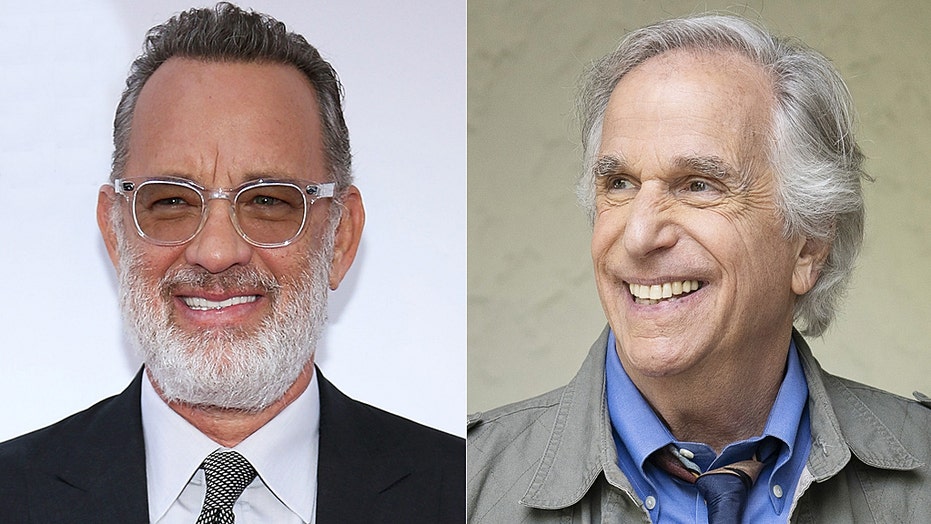 Despite rumors that he himself helped fuel, Henry Winkler wants to make it clear that there’s no feud between him and Tom Hanks.

TMZ caught up with the “Barry” actor, in Los Angeles to ask about their alleged tiff that started on the set of the 1989 movie “Turner and Hooch.” Winkler was hired as the director of the film before being fired. He has previously hinted that friction between him and Hanks was the reason that he got the boot. However, he denied those claims to the gossip site.

“I don’t have a feud with Tom Hanks,” he declared. “What everybody says and what is true are two different things.”

“I just saw him at our SAG Awards, it was beautiful,” Winkler added.

Tom Hanks and Henry Winkler reportedly feuded on the set of 'Turner and Hooch.' (Getty Images)

Despite what he says, during a recent appearance on “Watch What Happens Live,” Winkler was asked directly about the alleged on-set feud and played it significantly less diplomatically.

“I was directing that movie for 13 days and then I was called into [producer] Jeff Katzenberg’s office and he said, ‘do you have everything with you? Go home,’” Winkler explained.

HENRY WINKLER ONCE TALKED SUICIDAL FONZIE FAN OFF LEDGE: 'I DON’T KNOW WHERE I GOT THE NERVE'

“I got along great, great, with that dog,” the star joked of Hanks’ four-legged co-star. “Love that dog.”

When TMZ asked him directly about fueling the rumors himself, Winkler admitted that it was “that was just fun” and reiterated that there’s no feud between him and the "A Beautiful Day in the Neighborhood" actor. In fact, Winkler even said he would be open to working on a film or TV project with Hanks at some point in the future.

As TMZ notes, although the actors are allegedly not feuding, Winkler and Hanks’ characters on “Happy Days” went toe-to-toe in a hilarious brawl in Season 10, Episode 5, “A Little Case of Revenge” in which Winkler’s Fonzie is challenged to a fight by a black belt in karate, played by Hanks, who had been holding a grudge against the Fonz since third grade.