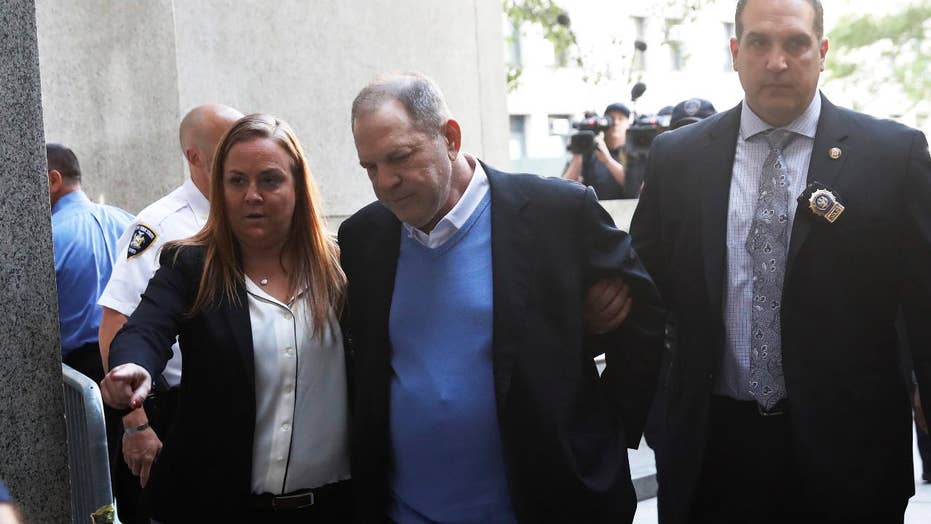 Harvey Weinstein has turned himself in

The disgraced movie mogul Harvey Weinstein has turned himself in. He was charged with rape, criminal sex act, sex abuse and sexual misconduct.

Disgraced movie mogul Harvey Weinstein is planning to turn himself in to the Manhattan District Attorney's office on Friday, an NYPD source confirmed to Fox News.

Weinstein is expected to face charges connected to an investigation opened by the NYPD and the Manhattan District Attorney’s office into claims of alleged sexual misconduct, The New York Daily News reported.

He is anticipated to surrender to authorities prior to being brought to the Manhattan Supreme Court, law enforcement sources told The New York Post.

Allegations against Weinstein first came out in a bombshell report in October and now he reportedly is looking at charges over claims from Lucia Evans, The Daily News added.

Evans claims were detailed in a report from The New Yorker in October, where she alleged that in 2004, the Hollywood producer made her engage in oral sex.

She didn't report the incident to the police at the time, telling The New Yorker that she blamed herself for not fighting back.

"It was always my fault for not stopping him," she said.

A grand jury has been hearing evidence in the case for a number of weeks, The Associated Press reported.

When contacted by Fox News, the NYPD referred all calls regarding information on Weinstein to the district attorney’s office. A deputy press secretary for the DA’s office said they did not have any information at this time.

The reported criminal charge against Weinstein would be the first after dozens of women leveled accusations against him.

New York City police detectives previously said that they were looking into allegations made by "Boardwalk Empire" actress Paz de la Huerta, who told police in October that Weinstein raped her twice in 2010.

Weinstein repeatedly has denied any and all allegations of non-consensual sex. His lawyer, Benjamin Brafman, is not commenting.

Following the reports detailing the allegations, the disgraced producer was fired from the company he co-founded and expelled from the organization that bestows the Academy Awards.