Former 'Harry Potter' star Daniel Radcliffe explains why he would be open to doing a punk biopic, dishes on his new film 'Escape from Pretoria.'

The “Harry Potter” franchise star entered the gauntlet on the season finale of “Hot Ones,” and while downing chicken wings that get increasingly hot with each question, Radcliffe was honest with host Sean Evans about avoiding the potential trappings that come with maintaining an online persona.

"I would love to say there's some sort of intellectual, well thought out reason for this," the 31-year-old began. "‘Cause I considered getting a Twitter and I 100% know that if I did, you all would be waking up to stories like ‘Dan Radcliffe gets into fight with random person on Twitter.'"

The actor added that in his younger years he would often scour online tabloids to see what comments were being made about him, which Radcliffe admitted, “is an insane and bad thing to do.”

“And to me, like Twitter and everything just feels like an extension of that,” he added. “Unless I want to go just read all nice things about myself, which also feels like another unhealthy thing to do."

Radcliffe also touched on his affinity for game shows in light of the recent death of “Jeopardy!” host Alex Trebek as the trivia show once had an entire category dedicated to Radcliffe.

DANIEL RADCLIFFE SAYS HE WAS MISTAKEN FOR A HOMELESS MAN: ‘APPARENTLY, I NEED TO SHAVE MORE OFTEN’

"That was a crazily cool moment," Radcliffe quipped of the series’ decision to feature questions about his life and times. "The moment I see a question about myself on a quiz show and I don't get excited is the moment I know I died a little on the inside."

The British star carried a much different tone when discussing Trebek’s death. 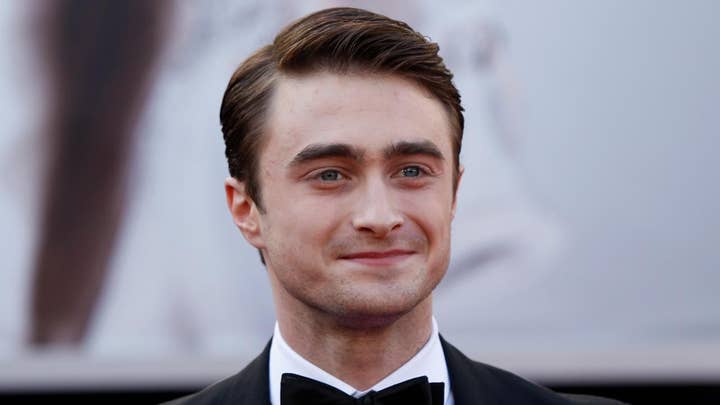 "You can really tell how much he loved the competition and the game of it," Radcliffe said. "You would see him get slightly, not annoyed but like, when someone didn't clear a board or there's still a few questions left  or when no one really would up with much money because no one had done really well, he would just say, ‘Okay well we'll come back for Double Jeopardy after the break and I'm sure we'll all do better then.'

“You could tell he loved seeing people who are really smart do well and that is the essential joy of a quiz show," Radcliffe said. "And to be the only person to ever host that show, I'm sure they'll find someone incredible for that job -- but my God they have some gigantic shoes to fill."