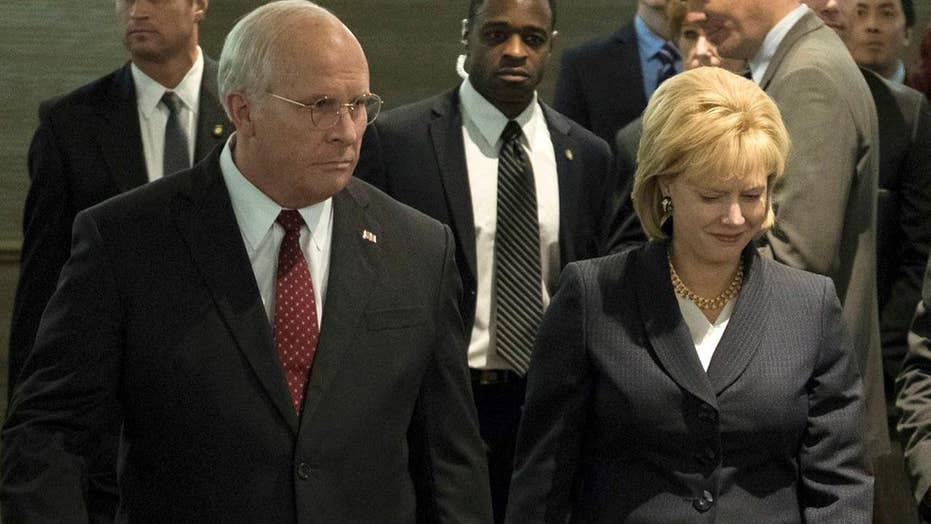 One of the most anticipated awards shows of the year — the 76th annual Golden Globe Awards — is almost here.

The show, which will air Jan. 6 on NBC at 8 p.m. ET and will be co-hosted by Sandra Oh and Andy Samberg, will feature A-list celebrities donning high-fashion tuxedos and gowns. But the awards show is also likely to bring some politically charged moments, much like in past years.

Ahead of Sunday's awards show, here are five political moments that occurred at the Golden Globes in past years.

At the 75th annual Golden Globes in January 2018, host Seth Meyers did not mince words — or jokes — when it came to President Trump.

“Please welcome the president who actually is a stable genius, Meher Tatna,” Meyers, who is also the host of “Late Night with Seth Meyers” on NBC, said while introducing the president of the Hollywood Foreign Press Association, according to the Hollywood Reporter.

The dig later elicited a response from Trump himself.

"Throughout my life, my two greatest assets have been mental stability and being, like, really smart. Crooked Hillary Clinton also played these cards very hard and, as everyone knows, went down in flames. I went from VERY successful businessman, to top T.V. Star ... to President of the United States (on my first try). I think that would qualify as not smart, but genius....and a very stable genius at that!” Trump tweeted at the time.

At one point, Meyers took aim at Trump’s handling of North Korea, pointing to actor Seth Rogen and saying, “Hey remember when he [Rogen] was the guy making trouble with North Korea? Simpler times."

The joke was an apparent reference to the movie “The Interview,” where Rogen and actor James Franco play two characters assigned to assassinate the country’s leader Kim Jong Un.

Meyers also made references throughout the night to the #MeToo movement. For instance, toward the start of the night, the comedian quipped: "Good evening, ladies and remaining gentlemen. ...It's 2018. Marijuana is finally allowed, and sexual harassment finally isn't. It's gonna be a good year."

Actress, philanthropist and talk show host Oprah Winfrey was awarded the Cecil B. DeMille Award at the 75th annual Golden Globes. She used a powerful speech to address race and the #MeToo movement.

Winfrey began by telling the audience about watching actor Sidney Poitier receive the same award in 1964 when she was just a child.

“His tie was white, his skin was black — and he was being celebrated. I'd never seen a black man being celebrated like that,” she said. “I tried many, many times to explain what a moment like that means to a little girl, a kid watching from the cheap seats as my mom came through the door bone tired from cleaning other people's houses,” she said, according to a transcript from Harper’s Bazaar.

Toward the end of her speech, she spoke on the #MeToo movement.

“So I want all the girls watching here, now, to know that a new day is on the horizon. And when that new day finally dawns, it will be because of a lot of magnificent women, many of whom are right here in this room tonight — and some pretty phenomenal men — fighting hard to make sure that they become the leaders who take us to the time when nobody ever has to say ‘Me Too’ again.”

Meryl Streep's advice to the media

Actress Meryl Streep was named the winner of the Cecil B. DeMille Award during the 74th Golden Globes. The now 69-year-old used her acceptance speech, in part, to take aim at Trump. More specifically, she urged members of the media to hold Trump accountable for his words and actions.

She also slammed Trump for his behavior on the campaign trail, specifically toward journalists.

"This instinct to humiliate, when it's modeled by someone in the public platform, by someone powerful, it filters down into everybody's life, because it kinda gives permission for other people to do the same thing," Streep said. "Disrespect invites disrespect; violence incites violence. And when the powerful use their position to bully others, we all lose."

MERYL STREEP'S POLITICALLY CHARGED COMMENTS, FROM THE GOLDEN GLOBES TO A COLBERT-HOSTED FUNDRAISER

Streep's speech infuriated Trump, who called her "one of the most overrated actresses in Hollywood" and a "Hillary flunky who lost big" on Twitter.

“Yes, I am the most overrated, over-decorated, and currently, over-berated actress ... of my generation,” she quipped to the crowd, according to Vanity Fair. “But that is why you invited me here! Right?”

Shortly after he was awarded a Golden Globe for Best Actor in a Drama Motion Picture for his role in “The Revenant,” the actor used part of his speech at the 73rd Golden Globe Awards to address indigenous people.

"I want to share this award with all the First Nations people represented in this film, and all the indigenous communities around the world," DiCaprio said, according to Entertainment Tonight. "It is time that we recognize your history, and that we protect your indigenous lands from corporate interest and people that are out there to exploit them."

"It is time that we heard your voice, and protect this planet for future generations," he added.

At the 69th Golden Globe Awards, actor George Clooney said Mitt Romney — then a White House hopeful — was “on the wrong side of history” when it came to gay rights.

The actor spoke to reporters backstage after accepting the Best Actor award for his role in “The Descendants,” according to the Hollywood Reporter. At one point, Clooney took aim at Romney’s stance on gay rights.

2019 GOLDEN GLOBES NOMINEES, HOSTS, HOW TO WATCH AND EVERYTHING ELSE YOU NEED TO KNOW

"Well, I'm not much concerned until there is an actual nominee… but I think it's the wrong side of history,” he said.

"I think everyone sort of understands it might be the last leg of the civil rights movement,” Clooney added.