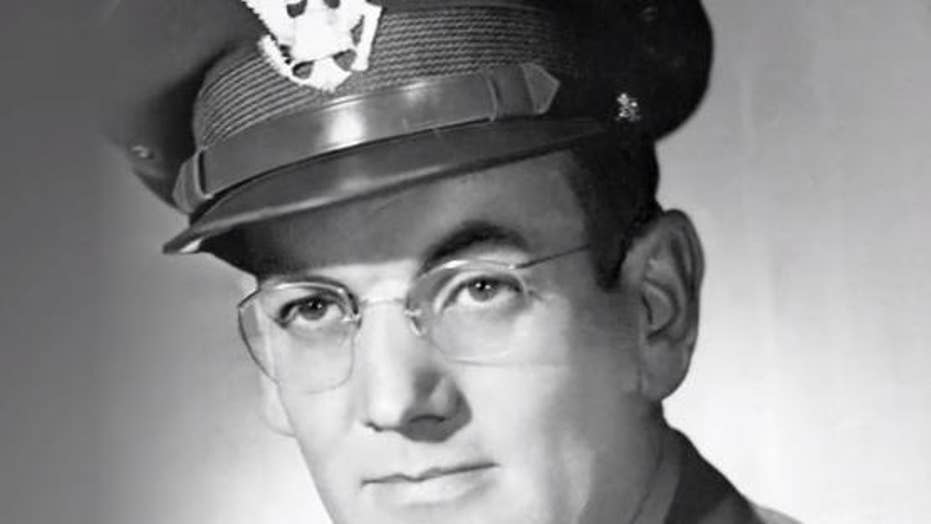 Bandleader Glenn Miller’s doomed WWII plane has possibly been uncovered and a major aviation mystery may soon be solved.

Dennis Spragg, who represents the family and estate of Glenn Miller, is speaking out amid reports that the bandleader’s doomed plane may have been found after it disappeared in 1944.

“When [U.S.-based historical aircraft researchers] TIGHAR decided to explore the possible location of the airplane, they came to me for guidance,” Spragg told Fox News. “I support their exploration and await their next steps.”

Spragg directs the University of Colorado Glenn Miller Archives, which is the formal home of the star’s property, recordings and the family-designated center for study on his life and legacy.

In 2017, Spragg published “Glenn Miller Declassified,” a comprehensive biography on Miller, as well as the results of his 10-year study about his disappearance, done with the full cooperation of the United States Air Force and Royal Air Force. The book – directed by Miller’s late son, Steven – included previously unknown or unpublished details about Miller's military service and the circumstances surrounding his accident.

In January of this year, People magazine reported a retired trawlerman from England was “utterly convinced” he pulled up the wreck of the American music icon’s aircraft in his fishing net 32 years ago. TIGHAR, which stands for The International Group for Historic Aircraft Recovery, said the account of the man was “totally credible.”

The man was advised to drop his unusual catch back into the English Channel, where it has remained ever since, but he recorded the coordinates. People magazine noted it is this key piece of evidence that may finally lead to the site of Miller’s final resting place.

WHAT HAPPENED TO 'TOO BEAUTIFUL' ACTRESS?

Miller, recognized as “the hottest recording artist of his era,” dominated the swing music scene during his lifetime and was famous for his self-penned signature tune, 1939’s “Moonlight Serenade.”

Miller was at the peak of his career when he enlisted in the American Army. He was lost on Dec. 15, 1944, when the single-engine Norsman D-64 flying him from England to France disappeared over the channel in thick fog. The plane never reached France, and no trace was found of the 40-year-old or the plane.

However, Spragg insisted that contrary to previous reports remains of the doomed plane haven’t been officially found — at least not yet.

“Naturally, these reports are of great interest to me, as a historian, author and archivist focused on the preservation and communication of the legendary Glenn Miller’s legacy,” Spragg said in a statement sent to Fox News. “To my knowledge, the airplane has not been located but rather a search for the debris is being considered. The headlines appearing in the media are therefore misleading.”

“Just over one year ago, it was my pleasure to be of service and support to Ric Gillespie and his aviation archeology group TIGHAR, when they embarked on an initiative to potentially locate the wreckage of Glenn Miller’s plane,” he continued. “I welcome the search for the remains and greatly appreciate TIGHAR’s expertise in concurring with ‘Glenn Miller Declassified’ that the airplane disappeared with Miller aboard over the English Channel due to a combination of pilot error, mechanical failure and/or bad weather conditions.”

Spragg said he has “for years” known of the fisherman’s discovery, which occurred in 1987. However, he stressed more research is essential in proving that the findings are indeed associated with Miller. He said that for seven decades Miller’s family had to endure outrageous conspiracy theories and rumors concerning the beloved patriarch. Some of those “alternate stories” were “irresponsible, false and very hurtful.”

“Imagine being his son Steven or his daughter Jonnie and having to live with so many horrible tales that besmirched the name... of their father,” said Spragg.

“I don’t wish to rule anything out but the area where the fisherman pulled up the aircraft is well west of the logical flight course Glenn Miller’s plane would have taken on that afternoon,” explained Spragg. “But it may be possible. The account of the fisherman that the aircraft was mostly intact when it was pulled up is possible but not probable. In my view, the Norseman was more likely to have disintegrated on impact with the water. A violent impact would have shattered the metallic airframe skeleton.”

“As… TIGHAR stressed, what is realistically out there now are an engine block and cockpit debris — the fabric and lightweight Sitka Spruce wood wings are long gone,” added Spragg. “However, if the debris can be located amongst the hundreds of airplane and other wrecks in the area, it is important to note that the Pratt & Whitney engine was unique to the C-64 in the European Theater of War and can be positively identified. Aircraft #44-70285 is also the only C-64 that went down in the English Channel.”

“The task is a long shot and we all know it — but there is no harm in verifying all claims, however improbable, and potentially locating the remains of ‘the’ plane,” he said. “… I look forward to TIGHAR’s findings and fully support their effort to find Glenn Miller’s plane.”

TIGHAR executive director Richard Gillespie previously told People magazine about the trawler, who is identified only as “Mr. Fisher.” He shared that after 74 years on the sea floor, the possible Norseman would be largely deteriorated and unlikely “unrecognizable to the untrained eye.”

“Whatever [Fisher] pulled up in 1987 is not going to look like that anymore," explained Gillespie. “Miller’s airplane was not metal. It was a steel tube frame covered with fabric and it had some aluminum panels on it, plus of course, an engine and a propeller. By now all the fabric is almost certainly gone. The wings were wooden too, so they’re going to be gone. So, what you have got is a steel frame that very possible has been encountered by other fishermen.

“You have this mangled steel frame and an engine that may or may not be fully or partially buried in the sand. So, it’s not going to look like an airplane. It’s just going to look a mess.”

But Gillespie emphasized the investigation is still in its early stages. The publication added the murky seabed is on the world’s busiest shipping lane and will ultimately require sending a diver 130 feet down to investigate.

“Once you say, ‘We’re going to go out and find the Glenn Miller airplane,’ everyone holds their breath,” Gillespie admitted. “But it’s a crapshoot. This stuff is really hard and there’s a good chance you’re going to get skunked! That’s what this game is like. You can’t find something if you don’t try to find it but that’s the call we’re going to have to make.”

Still, Gillespie and his team hope to finally learn what really happened to Miller on that doomed flight.

“Right now, if you really look at the facts of the case, there really isn’t much doubt at all that the airplane went down in the English Channel,” he explained. “They probably just iced up and went into the channel. But we don’t know. With a mystery as popular and iconic as the Miller disappearance, there will always be conspiracy theories and adherence to other theories.”

“Finding the wreckage answers the question finally,” he added. “You can say, ‘There it is. We can now put that to bed.’ That’s what we’re out to do: replace mystery with documented history.”