On "The Tonight Show Starring Jimmy Fallon," Turner, 23, told the comedian — and her husband, Joe Jonas, who inquired about the incident over a video call — that Clarke, 32, was responsible for the visible coffee cup during the celebration at Winterfell episode.

Turner said that after the episode aired, co-star Nikolaj Coster-Waldau sent a group text asking if that was, indeed, a coffee cup in the scene. Fans also noticed the coffee cup and pointed out that Turner had a coffee cup in a behind-the-scenes video from season 4, as well as in a photo with co-star Bella Ramsey.

However, Turner said in a spoiler moment why she couldn't have been the culprit based on the Ramsey photo.

"Let's clear this up," Turner said. "That's in a different episode, and also, we all have the same cups for all of our water and tea and everything, so I'm gonna just go with, I mean look who it's placed in front of. Emilia Clarke. She's the culprit."

Turner wasn't the only one to blame Clarke. 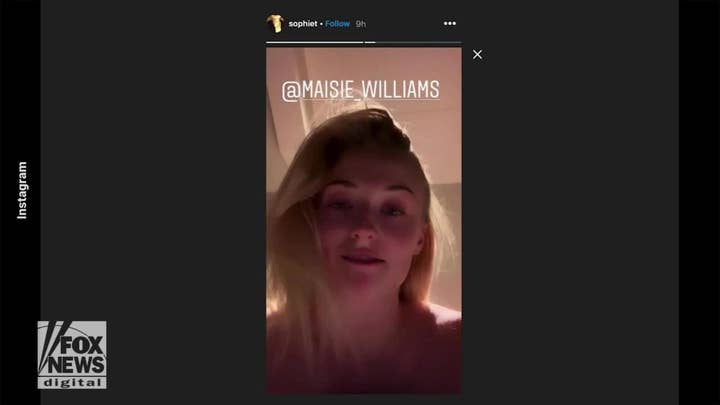 Co-star Liam Cunningham said on "Conan," "These things happen. It's a big job, people run in, and Emilia probably drinks too much coffee."

When asked about Cunningham's accusation, Clarke told The Los Angeles Times, "What a bastard! I don't even drink Starbucks. I have no idea whose it was. Liam's a cheeky one. The funny thing is in Belfast, there is no craft coffee selling Starbucks. Unless we've got the Americans in, some hotshot producer, and then we'll have Starbucks lying around."

HBO joked of the incident, “The latte that appeared in the episode was a mistake.  Daenerys had ordered an herbal tea."

It was also revealed that the coffee cup would be digitally removed from future airings of the episode.