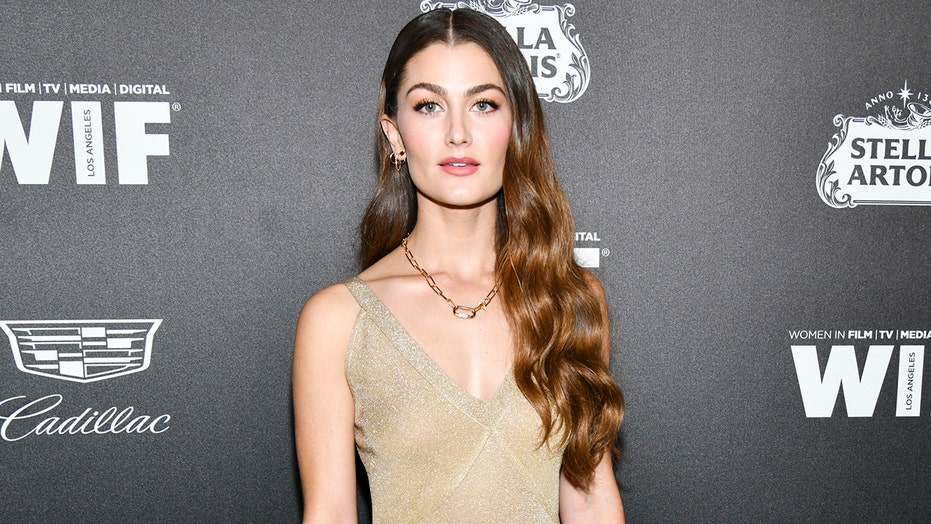 The 26-year-old, who played Honeymaren in the film, revealed her diagnosis on Instagram late Monday.

"Hey guys, I tested positive for Covid-19 and have been in quarantine the last week. Unsure of what the next step is (been getting mixed info so will keep you posted) but obviously will remain in quarantine until told to do otherwise. I'm feeling better but I will be posting some info that I hope will be helpful to some," she wrote.

"Again, let's please be mindful of our decisions — now is the time to be smart and responsible. Let's take care of one another!! Xx," Matthews added.

The star's diagnosis comes on the heels of Disney+ releasing "Frozen 2" early to entertain families stuck at home as the pandemic continues to spread.

In an effort to keep her more than 130,000 Instagram followers informed, Matthews provided a list of her symptoms over a seven-day period.

The actress said the first day she exhibited symptoms began with a "sore throat, fatigue and headache," which progressed to a "mild fever" of 100.3 on day two. Her fever was accompanied by "horrible body aches, shortness of breath, major fatigue" and "no appetite" as well as a "deep, dry cough."

On day three, Matthews said she had no fever and "minor" aches while her lungs got "much worse," she wrote. She continued to have shortness of breath, fatigue and no appetite as well.

Matthews' lungs continued to remain heavy and she was short of breath on day four, despite her symptoms seemingly becoming "more mild," she wrote. The actress said she also lost her sense of smell and taste.

Days five, six and seven consisted of "more or less the same" symptoms.

"feeling more like myself, still experiencing shortness of breath, loss of appetite, fatigue and no taste/smell but overall, doing okay," the actress said of days five, six and seven.

Matthews also pointed out on Monday night that testing for coronavirus is "INSANELY hard to come by." The "Frozen 2" star said she only got tested after learning she had been around someone who also confirmed positive and showed symptoms.

She encouraged her fans to self-quarantine and "just treat yourself as if you are positive."

Matthews is one of the latest Hollywood actors and actresses to contract COVID-19. Tom Hanks and Rita Wilson were the first celebrities to reveal their diagnoses from Australia. The pair recently left an Australian hospital and are continuing to quarantine at a rental property, People magazine reported.

Meanwhile, "Luther" star Idris Elba alerted his fans and followers on social media that he also is positive, but has shown "no symptoms."