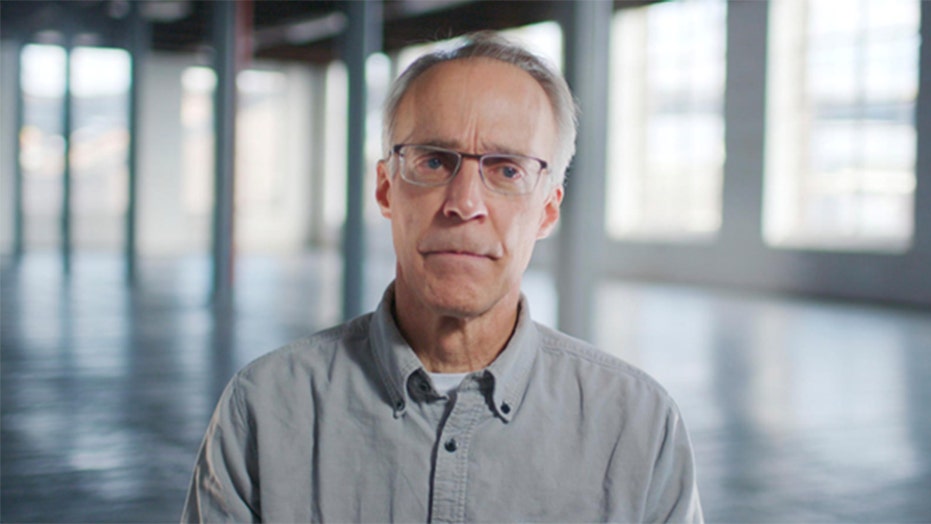 After 18 years, Frank Lyford trusted his gut and left the Heaven’s Gate cult — along with the woman he loved.

The former follower recalled his terrifying ordeal in the upcoming episode of “People Magazine Investigates: Cults,” which is airing on Investigation Discovery (ID) on June 17.

FORMER CHILDREN OF GOD MEMBER RESPONDS TO DOC ON CULT

The show, which recently kicked off its second season, explores how ordinary people, “lured by promises of eternal life, get caught up in a terrifying web of abuse, deception and manipulation." It features reporters who’ve covered these harrowing cases, as well as former members.

Marshall Herff Applewhite speaks on videotape. Applewhite, who founded the organization known as Heaven's Gate, led 38 others in a mass suicide near San Diego. (Photo by Brooks Kraft LLC/Sygma via Getty Images)

Past subjects have included the Jonestown Massacre, Nation of Yahweh, Children of God and the Tony Alamo Ministries, among others.

“It was this deep, gut-felt misgiving of remaining in the group, remaining in the cult,” said the now-65-year-old Lyford in the documentary, as reported by People magazine. “I couldn’t express it at the time and I didn’t know what my life would look like – what it’d be like adjusting to life outside of the group – I just knew I couldn’t remain in the cult anymore.”

ALAMO CULT SURVIVOR DESCRIBES HORRIFYING BEATINGS: 'I WANTED TO KNOW WHAT LIFE WAS LIKE BEYOND THIS'

The cult was led by Marshall Applewhite, a former music professor who was recruited by one of his nurses, Bonnie Lu Nettles, after surviving a near-death experience in 1972. The pair then persuaded a group of 20 people from Oregon to abandon their possessions and move to Colorado where they promised an extraterrestrial spacecraft would take them to the “Kingdom of Heaven.”

Marshall Herff Applewhite and Bonnie Lu Trusdale Nettles arrested by local police on Aug. 28, 1974. Applewhite was charged with auto theft and Nettles with the fraudulent use of credit cards.

According to History.com, both Nettles and Applewhite insisted human bodies were “merely containers” that could be disregarded for a higher physical existence. Membership diminished after the spacecraft never arrived and Nettles died in 1985. The group resurfaced in the ‘90s as Applewhite started recruiting new members. After the 1995 discovery of the comet Hale-Bopp, members believed that an alien spacecraft was on its way to earth.

Lyford and Erika Ernst had been dating for two years when they came across Applewhite and Nettles during a 1975 Oregon camping trip. They soon sold their belongings and followed the pair.

Lyford eventually defected in 1993 and found himself in his parents’ Canadian home. Two days later, he received a call from “the love of my life.”

Ernst pleaded Lyford to return, according to People, while he asked her to leave the cult. The 40-year-old never did.

Ernst, along with 37 other followers, died by suicide over three days in 1997. Their bodies were discovered inside a Rancho Santa Fe, Calif., compound after someone called police with an anonymous tip. The deceased ranged from ages 26 to 72. The members left video diaries explaining their reasons for the mass suicide, People magazine reported at the time.

History.com noted that the mass suicide occurred around the same time Hale-Bopp reached its closest distance to Earth. Applewhite, who was among the dead, convinced the group they needed to “free their mortal souls in order to board a spaceship that was trailing behind the Hale-Bopp comet” heading towards a distant planet called “The Next Level.”

The bodies were found dressed in black suits with matching Nike sneakers and plastic bags over their heads. All had willfully ingested apple sauce laced with barbiturates, which was also washed down with vodka. Each had their IDs in their pockets.

“I knew it was the same group I was a part of, so it was a very emotional time for me, from the standpoint of feeling the loss of all my friends who I had been with for 18 years,” admitted Lyford.

FORMER NATION OF YAHWEH FOLLOWER RECALLS ESCAPING RUTHLESS CULT IN NEW DOC: ‘I RAN AS FAST AS I COULD’

“If I were back on that call with her right now, I would be more emphatic about her leaving,” he explained. “We all have a connection to the divine within us, we all have that radio transmitter built in — we don’t need anyone to translate that for us. That was the big mistake that we all made, in my mind – it was believing we needed someone else to tell us what our best path should be.”