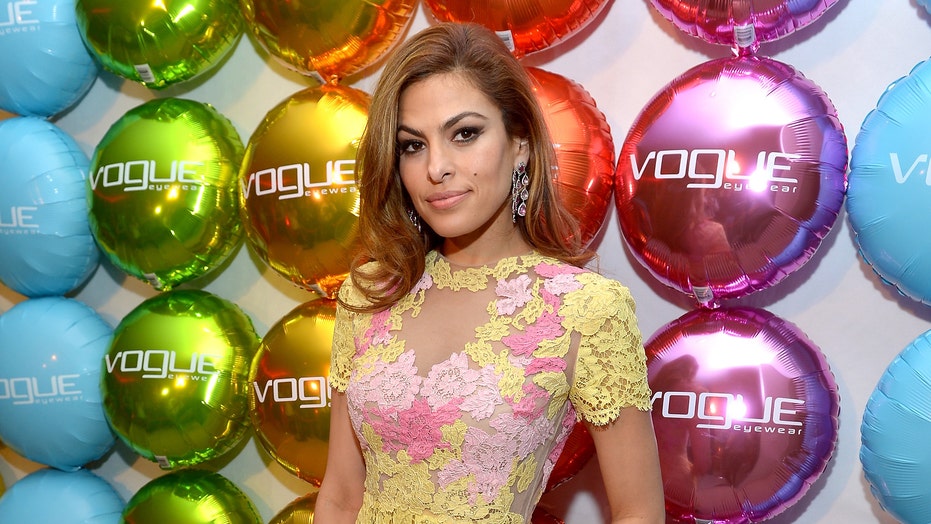 Eva Mendes' older brother Juan Carlos died three years ago, and the actress just recently opened up about her grief and how she's still on a path to healing.

The 45-year-old actress told People magazine at the launch of her New York & Company clothing line on Thursday that it's been "tough."

"Thank God I had my baby; it was a week after he passed. So there was something to move forward,” Mendes revealed. “There was poetry to it all.”

Her second daughter, Amada Lee, was born 12 days after Juan Carlos died on April 17, 2016, after a long battle with cancer. He was 53 years old.

“My favorite memories are when he used to, at Thanksgiving or a big dinner or Christmas dinner, roast everybody — but roast you hard,” she remembered.

“Of course, I miss him incredibly, and that’s an understatement, but I’m holding on to that tradition. I’m so happy that he gave me that," she said. "I don’t think I could carry it on the way he did, but those are some fun memories because he would really get raw.”

EVA MENDES SAYS RYAN GOSLING CHANGED HER MIND ABOUT KIDS: ‘IT WAS VERY SPECIFIC TO HIM’

When Mendes' partner, Ryan Gosling, won a Golden Globe award for "La La Land" in 2017, he dedicated the honor to both her and Carlos.

"I’d like to try and thank one person properly, and to say that while I was singing and dancing and playing piano and having one of the best experiences I’ve ever had on a film, my lady was raising our daughter, pregnant with our second, and trying to help her brother fight his battle with cancer," he said.

"If she hadn’t taken all that on so that I could have this experience, it would surely be someone else up here other than me today. So, sweetheart, thank you. To my daughters, Amada and Esmerelda, I love you. And if I may, I’d like to dedicate this to the memory of her brother, Juan Carlos Mendes."