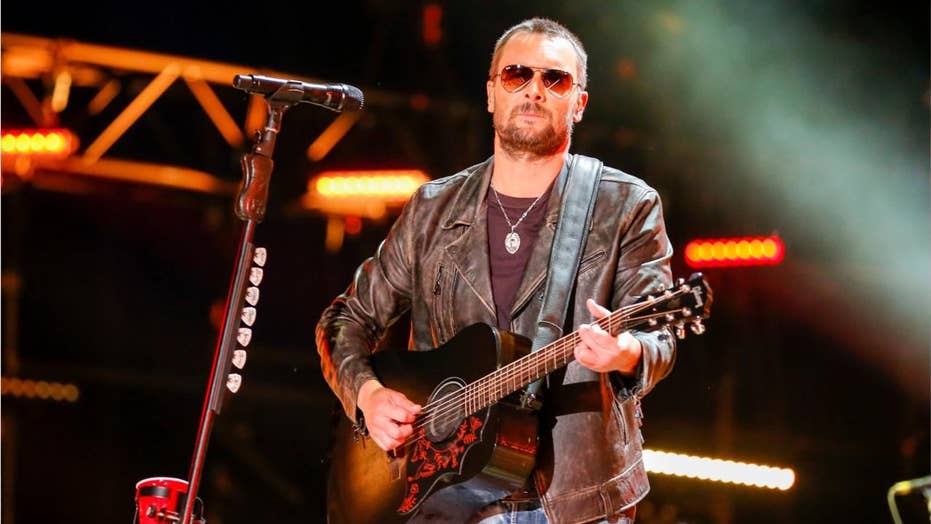 In a new interview, country music singer Eric Church is blaming the NRA for the Las Vegas festival mass shooting, saying gun lobbyists are being a

Eric Church, who was one of the headlining acts at the Route 91 Festival in Las Vegas, said the NRA is to blame for the mass shooting that occurred in October 2017.

A crazed gunman opened fire at the crowd of festivalgoers while Church's fellow country star Jason Aldean was performing, taking the lives of at least 59 people. It was the deadliest mass shooting in modern U.S. history.

Church, who said he considers himself a "Second Amendment guy," blamed the NRA and gun lobbyists for being a "roadblock" to gun safety in a new interview.

"There are some things we can't stop," Church told Rolling Stone. "Like the disgruntled kid who takes his dad's shotgun and walks into a high school. But we could have stopped the guy in Vegas."

But he added, "I blame the lobbyists. And the biggest in the gun world is the NRA."

The "Desperate Man" singer said the NRA has "been a bit of a roadblock."

"I don't care who you are - you shouldn't have that kind of power over elected officials. To me it's cut-and-dried: The gun-show [loophole] would not exist if it weren't for the NRA, so at this point in time, if I was an NRA member, I would think I had more of a problem than the solution," Church argued. "I would question myself real hard about what I wanted to be in the next three, four, five years."

Church performed two nights before the shooting and despite not being present at the time of the deadly event, the experience did change his views on guns "a little."

"As a gun guy, the number of rounds [the shooter] fired was unf---ing believable to me," Church said. "I saw a video on YouTube from the police officer's vest cam, and it sounded like an army was up there. I don't think our forefathers ever thought the right to bear arms was that."