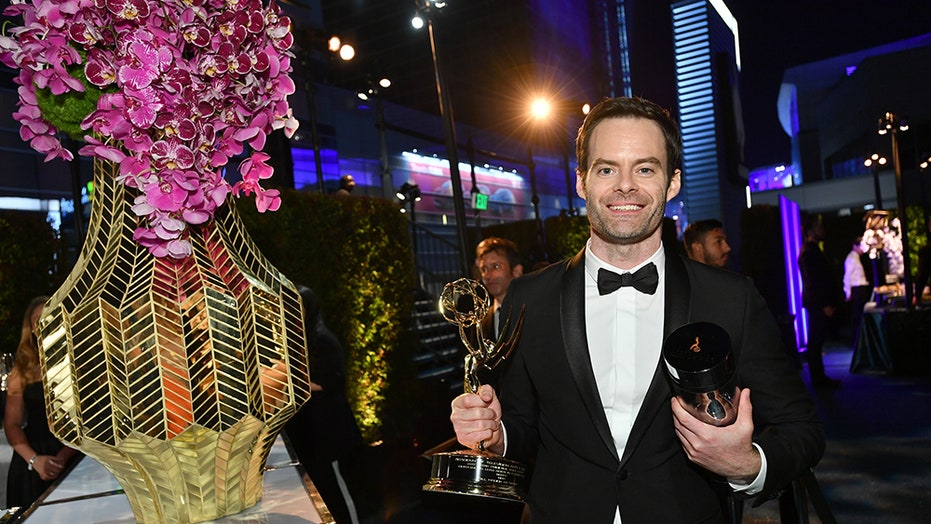 LOS ANGELES – Bill Hader had much to say about sensitivity in comedy in light of “Saturday Night Live” firing the newly-announced cast member Shane Gillis less than a week after Gillis was brought on as a new player in the Emmy-winning sketch show for making racially insensitive remarks.

“Yeah, I mean – I just feel like you shouldn't want to hurt anybody's feelings, you know,” the “SNL” alum told reporters backstage at the Emmys of NBC’s decision to fire Gillis ahead of Season 45. “But, I think also, especially in comedy you used stuff six or seven years ago that wouldn't be okay now and probably for good reason. You know what I mean.”

“So I think a lot of us are – I can only speak for myself but just like everybody, you kind of have to grow,” Hader, 41, added. “So, I think it's a good thing. Yeah, I'm never interested in upsetting anybody.”

Gillis took to Twitter last week to react to the news. He wrote, "It feels ridiculous for comedians to be making serious public statements but here we are."

"I'm a comedian who was funny enough to get SNL. That can't be taken away."

"Of course I wanted an opportunity to prove myself at SNL, but I understand It would too much of a distraction. I respect the decision they made. I'm honestly grateful for the opportunity. I was always a mad tv guy anyway."

Hader took home an Emmy for outstanding lead actor in a comedy series for his role in the HBO series, “Barry” and the funnyman immediately praised his co-star Henry Winkler, 73, when asked about the supporting actor nominee.

“Me and Henry? Awww, it's wonderful. We have breakfast sometimes and it's hilarious,” said Hader of the “Arrested Development” star. “And he's just a wonderful guy and he's a real, you know, he's like a properly trained actor.”

Hader said he doesn’t just go to the acting legend for performance advice, but made it a point to tell reporters he picks Winkler’s brain for parenting guidance.

“I think people always think of him as, you know, 'Happy Days' and stuff. I mean, he’s like a – he's an incredible actor and he puts a lot of thought into this. So a lot of times we sit and eat breakfast and we'll talk about the show and his character and ideas or whatever.”

“But a lot of times when he's talking, he tells me – you know, I might ask him questions about parenthood or whatever and he'll be super helpful,” added Hader.