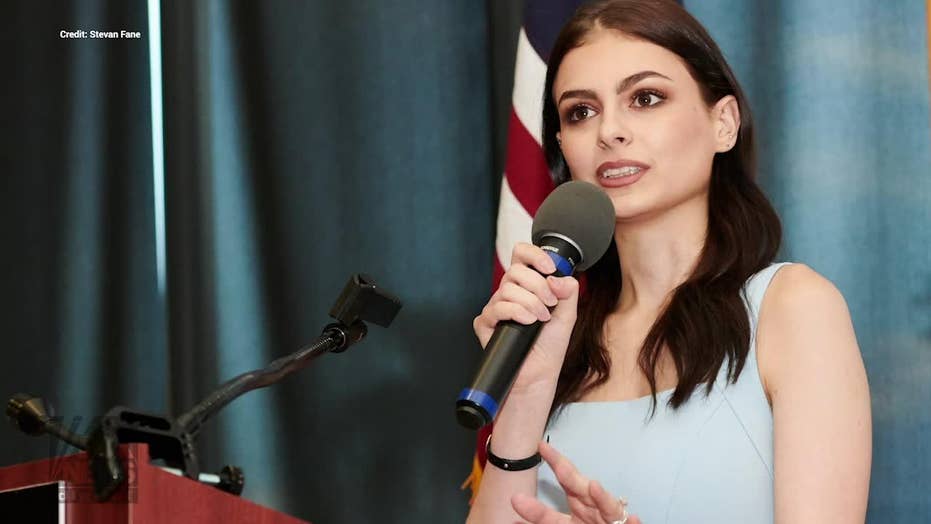 NEW YORK – Elizabeth Pipko is a model and activist whose Jewish faith has greatly impacted her career trajectory and most recently, her political endeavors.

The 24-year-old native New Yorker told Fox News that her faith has always been a huge part of life and helped steer her when she first started modeling at 17 years old.

"Growing up I always knew that [religion] was going to guide me," she said. "In anything that I do, I know I go with God."

Having the approval of her parents has also been a guiding force. Pipko says there's not a photo she's taken that wasn't run by her parents first.

"People were always confused that on a Thursday I could shoot a swimwear campaign and that on Friday night I could be in synagogue," she admitted. "I'm super proud of it."

She does have her limits though. Pipko draws the line at nude shoots or getting too intimate with another man. She married her husband in December 2018 whom she met while working on President Trump's 2016 campaign.

Since then, Pipko has put her modeling career on hold for two reasons: 1. After coming out as a Trump supporter, she said those in the modeling industry "distanced themselves" from her and 2. She founded "The Exodus Movement" in March 2019.

"The [response from the] modeling industry was exactly what I expected. A lot of the photographers and people that I had grown super close with kind of blocked me on social media and distanced themselves," she previously told Fox News in April.

Exodus encourages "American Jews to leave the Democratic Party". It was spurred particularly by the controversial remarks about Israel that were made by Reps. Ilhan Omar, D-Minn., Alexandria Ocasio-Cortez, D-N.Y., and Rashida Tlaib, D-Mich.

Pipko hopes to create an environment where there is mutual respect and civility while discussing topics such as politics and religion.

"There is such a need for [Exodus]," she explained. "People are honestly in a really difficult spot right now. They feel emotional about what's going on in their country, not just as religious people but as Americans."

Exodus launched its chapter program in July in 11 different states and will be launching more in August.

"We have an open dialogue. If you don't support the president but you support Jewish lives and fighting anti-Semitism, then please come," she added. "If we could just meet and talk and decide what means most to each of us and why it might open a lot of people's eyes."