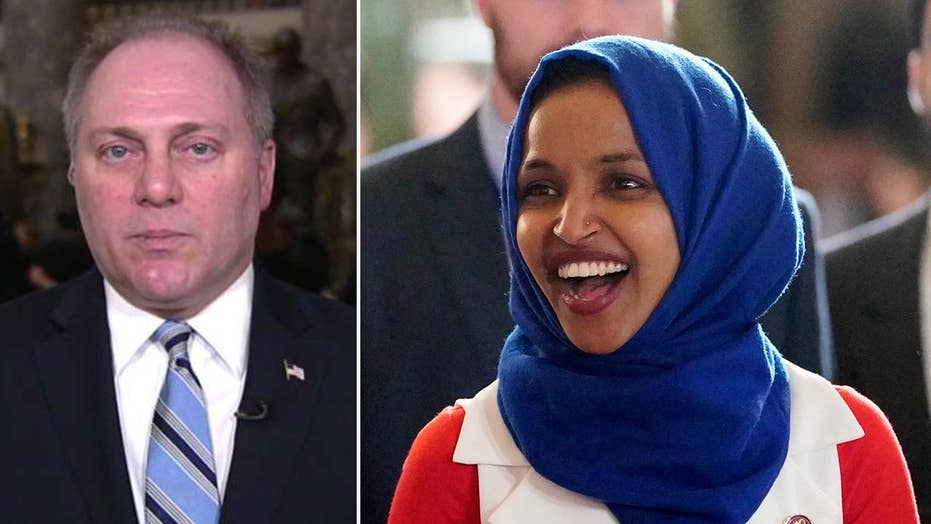 As a lifelong Democrat, I’ve always been proud of my party’s opposition to anti-Semitism and all other forms of religious and ethnic hatred, and of our support for the Jewish state of Israel – the only true democracy in the Middle East and a staunch U.S. ally.

Unfortunately, three radical Democrats who joined the U.S. House of Representatives in January have rejected this Democratic tradition and have instead embraced the evil of anti-Semitism and demonized Israel by parroting the lies of Israel’s enemies. The three are Reps. Ilhan Omar of Minnesota, Rashida Tlaib of Michigan and Alexandria Ocasio-Cortez of New York.

I am beyond concerned that the party I belong to is not just devolving, but unrecognizable in the face of these freshman representatives. The three have demonstrated repeatedly their hatred of Israel in an increasingly disturbing pattern of anti-Semitism.

Apologies are no longer enough. That is why I am calling on my fellow Jews to join me in pulling our support from the Democratic Party.

Today President Trump and Republicans have become the true friends of Israel and the Jewish people. By moving the U.S. Embassy in Israel to its eternal capital of Jerusalem and supporting Israel’s legitimate security needs against Palestinian terrorism, the president has embraced values that were once embraced by the Democratic Party.

And President Trump, to his credit, called Tuesday for Rep. Omar to resign over her anti-Israel comments. “Anti-Semitism has no place in the United States Congress,” he told reporters. He is absolutely right. But unfortunately, there’s no chance Omar will take his advice and quit Congress.

Today President Trump and Republicans have become the true friends of Israel and the Jewish people.

Democrats have long been the party favored by Jewish voters. Records going back to 1924 shows that Democratic presidential candidates always captured the largest share of the Jewish vote, sometimes by overwhelming margins. And Democratic candidates for the House and Senate have usually drawn the most support from Jews as well.

And Jews have always played a disproportionate role as fundraisers and campaign volunteers supporting the Democratic Party and Democratic candidates.

But now the Democratic Party is no longer in full support of the Jewish state, pushed by the rising radical fringe that is more supportive of Palestinian terrorists who murder innocent Jewish civilians than it is of Jewish people who have created a democracy with legal protections for all in their ancient homeland.

As a Democrat, nothing concerns me more than witnessing a cornerstone of our party platform get vanquished by the loudest, most extreme and often most hostile members of a bifurcated party.

I would say the same thing if the Democratic Party embraced hatred of African-Americans, Muslims, gay Americans or another minority group. Anti-Semitism should be no more acceptable than these other forms of prejudice – not just for Jewish Americans, but for all Americans.

The Democrats may have won back the House in November, but the party leaders are having anything but an easy time consolidating their new members and are struggling to reassert broad support for fundamentally Democratic issues like backing Israel.

Rep. Omar tweeted last May that she wanted to “draw attention to the apartheid Israeli regime.” This abhorrent tweet was not enough to derail her campaign, and now she has continued her dangerous anti-Semitic rhetoric.

In the past week, Omar sent a barrage of tweets that contained longstanding anti-Semitic tropes and embraced vile historical prejudices against Jewish people.

Omar’s false claims of Jews buying off politicians, and her incorrect and uneducated statement about the purpose of the American Israel Public Affairs Committee (AIPAC), were rooted in anti-Semitism. Her weak “apology” made under pressure from leading Democrats was short of what was required and has actually made things worse.

After saying she was sorry, Omar wrote: “At the same time, I reaffirm the problematic role of lobbyists in our politics, whether it be AIPAC, the NRA, or the fossil fuel industry.” The congresswoman equivocated and failed to accept full responsibility for her actions.

It’s true that House Speaker Nancy Pelosi, D-Calif., released a nicely worded statement calling on Omar to apologize, denouncing anti-Semitism, and claiming support of Israel. But these words from the speaker are no longer enough.

It’s clear that Pelosi is having an extraordinarily difficult time maintaining control of her raucous freshmen Democrats, some of whom are embracing extremist positions once considered on the political fringe.

Rep. Ocasio-Cortez has become known for her aggressive anti-Israel stances in her brief time as a public figure, including her false accusation that Israel committed a "massacre" last summer as it battled Hamas-led terrorist infiltration attempts on its border with Gaza.

Rep. Tlaib is now just the second U.S. lawmaker – after Rep. Omar – in history to support the Boycott, Divestment, and Sanctions (BDS) movement, which seeks to isolate Israel from the world and inflect maximum damage to the economy of the Jewish state.

Tlaib recently said in an interview that she would “absolutely” cut military aid to Israel, stating that “I will be using my position in Congress so that no country, not one, should be able to get aid from the U.S. when they still promote that kind of injustice.”

These public sentiments are the antithesis of what the Democratic Party has supported for many decades and erode the credibility of Democratic platforms going back to Israel winning independence from Britain.

In 1948, President Harry Truman fought against his State Department to recognize Israel on the day it was proclaimed a state.

President John F. Kennedy increased arms sales to Israel, even if when he had to override State Department policies. Even recently, in unprecedented and polarized times, both sides of the aisle have been able to compromise on Israel policy.

What happened to that Democratic Party?

There was once a clear connection between support for Israel and the Democratic Party’s devotion in responding to consistent and widespread discrimination in the forms of anti-Semitism and racism.

Now, disturbingly, that is not the case. The loudest and most leftist voices in the party have hijacked the Democrats’ messaging and muddied the waters on one of the core components of Democratic policy.

As much as it pains me to say this, Democratic abandonment of Israel should be answered by Jewish abandonment of the Democratic Party. This is the best way for us and our friends to take a stand against anti-Semitism, for Israel and for the Jewish people.