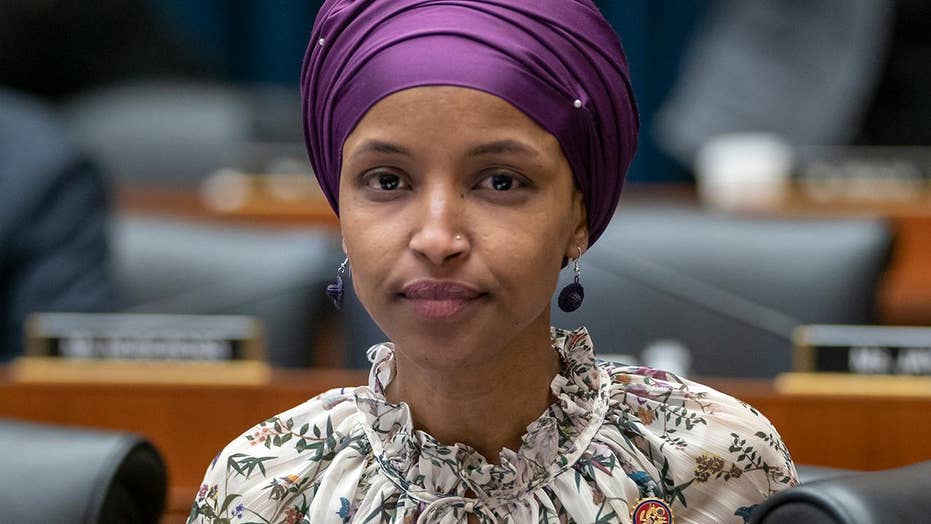 Jewish voters furious at Democrats’ defense of Rep. Ilhan Omar say they’re done with the party that has held their support for generations.

“We felt we had a home there,” said Mark Schwartz, the Democratic deputy mayor of solidly blue Teaneck, NJ. “And now we feel like we have to check our passports.”

Jordan Manor of Manhattan, who calls himself a “gay Jewish Israeli-American,” laments, “The party I thought cared about me seems to disregard me when it comes to my Jewish identity.”

ILHAN OMAR DENIES EQUATING OBAMA AND TRUMP, SAYS ONLY ONE IS 'HUMAN'

Mark Dunec, a consultant in Livingston, NJ who ran for Congress as a Democrat in 2014, says, “I’m physically afraid for myself and for my family,” adding, “I see my own party contributing to the rise of anti-Semitism in the United States.”

Omar, a freshman congresswoman from Minnesota, sparked the firestorm in February for using anti-Jewish tropes: saying that support for Israel was “all about the Benjamins” and accusing Jewish-American legislators of “dual loyalty.”

Many, including some fellow Democrats, deemed her comments anti-Semitic — but the party’s lefty activists pushed back. 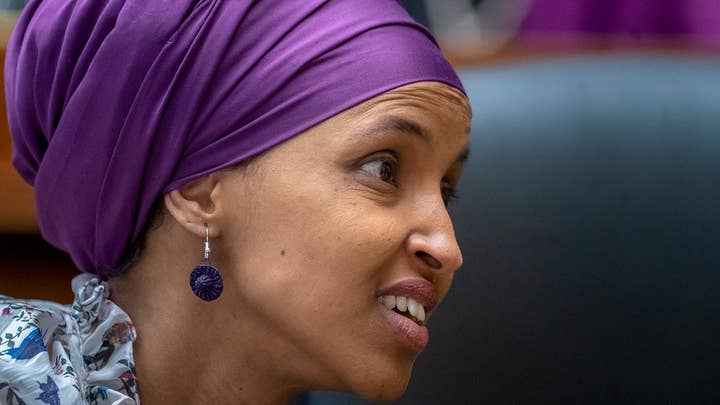 “No one seeks this level of reprimand when members make statements about Latinx + other communities,” complained Rep. Alexandria Ocasio-Cortez in a March 5 tweet.

Omar issued only a partial apology.

In response, the House passed a resolution condemning all “hateful expressions of intolerance” with kitchen-sink language that named nearly a dozen different groups.

“I feel confident that [Omar’s] words were not based on any anti-Semitic attitude,” House Speaker Nancy Pelosi said.

Many Jewish Dems in the city aren’t buying it.

“The fake defense she doesn’t know what she’s saying? I don’t believe it,” said Sara, a Queens teacher who asked not to be fully identified. “This is a grown woman and a member of Congress. Trying to excuse this as naivete is inexcusable.”

“The fake defense she doesn’t know what she’s saying? I don’t believe it. This is a grown woman and a member of Congress. Trying to excuse this as naivete is inexcusable.”

For her and others, anger is sparking immediate action.

“The watered-down resolution triggered my decision to walk away from the Democratic Party,” said Allison Gangi of Manhattan.

“I never dreamed anti-Semitism would have become mainstream on the left, but it has.”

“I never dreamed anti-Semitism would have become mainstream on the left, but it has.”

Sara said she is “not comfortable anymore being a Democrat” and will register as an independent.

Among his Teaneck neighbors, Schwartz said, “Our only question now is, do we start voting Republican, or do we become Republicans?”

Others say they feel like the wandering Jew of legend.

“I’m homeless. I don’t think I can vote for Trump, even though he’s great for Israel,” said Jason, a start-up owner from Long Island who asked that his surname not be used. “But as a Jew, I can’t see a way to support the Democratic Party. It’s supporting your own destruction.”

“Since launching this, the anti-Semitism we are seeing is so blatant and obvious it’s terrifying,” said Elizabeth Pipko, the group’s spokeswoman and a volunteer on Trump’s 2016 campaign.

“I leave them up, because people have got to see it,” Pipko said.