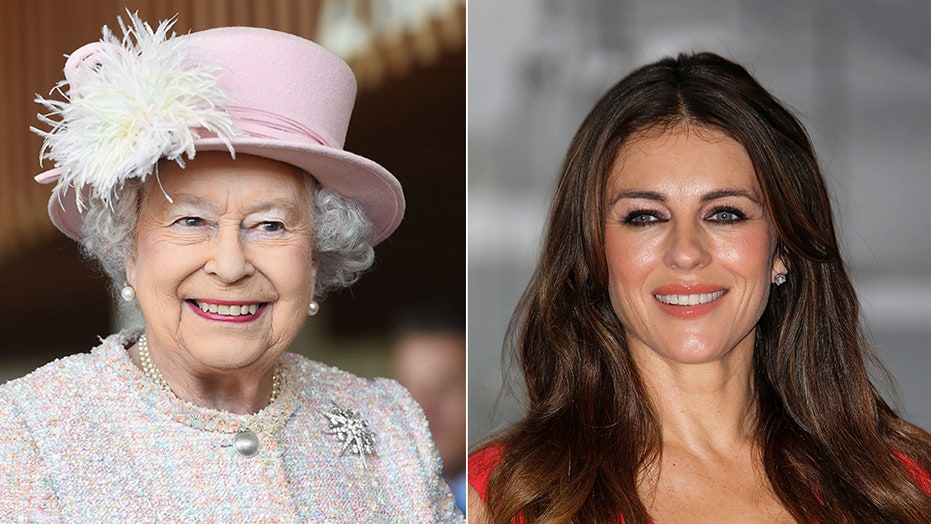 Actress Elizabeth Hurley pines to 'fall in love with someone wonderful'

Even though she has found lasting success as an actress and swimwear designer, Elizabeth Hurley revealed in an interview with Red magazine that, 'It would be fantastic to fall in love with someone wonderful.' Hurley admits to having great relationships with all of her exes, her most famous being actor Hugh Grant, but their breakups made her realize what she really wants in a partner.

The Queen of England and Elizabeth Hurley have more in common than just the same first name.

Hurley appeared on “Watch What Happens Live with Andy Cohen" on Monday, alongside actor Stephen Dorff, where the 54-year-old model, actress and swimsuit designer claimed that she and Queen Elizabeth II are being stalked by the same person.

"In the office in London, we have a file called ‘nutters,’" Hurley explained when asked about her strangest fan encounter, "and every time, well, particular people send letters -- they still send, you know, mail -- they have to go into the nutter file.”

“There's one nutter who -- I don't even know if I'm allowed to say this -- but he only stalks two people: I'm one of them and the other is the Queen of England,” she said.

Hurley even claimed that the Scotland Yard -- the headquarters of London's Metropolitan Police Service -- keeps her abreast of the movements of her and the Queen’s alleged snooper.

Aware that she was probably divulging more than she needed, Hurley added, "I probably shouldn't be saying any of this on TV," before quipping: "Take it all back!"

While appearing on the show, Hurley also revealed her best on-screen kiss, though she was wise to keep her most “horrible” lip-lock close to the vest while fielding questions from fans.

“Best? Uh… [There’s] so many,” said the actress, who has appeared in dozens of TV and film projects throughout her career. “Maybe Matthew McConaughey.”